Two books for my Kindle 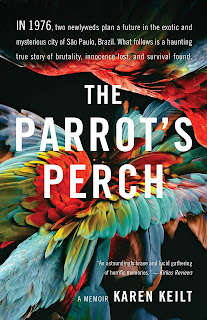 
One young woman's terrifying and courageous journey from her exclusive life, to captivity and praying for death, to finding redemption through gratitude.  The book opens in 2013, when Karen Keilt, age sixty, receives an invitation to testify at the Brazilian National Truth Commission at the UN in New York.  The email sparks memories of her “previous life” — the one she has kept safely bottled up for more than thirty-seven years.  Hopeful of helping to raise awareness about ongoing human rights violations in Brazil, she wants to testify, but she anguishes over reliving the horrific events of her youth. In the pages that follow, Keilt tells the story of her life in Brazil — from her exclusive, upper-class lifestyle and dreams of Olympic medals to her turmoil-filled youth.  Full of hints of a dark oligarchy in Brazil, corruption, crime, and military interference, this memoir is a shocking true tale of suffering, struggle — and survival.

Keilt lived through the darkest days of Brazil’s military dictator-ship.  In her courageous memoir, Keilt narrates an emotionally honest reckoning of her desire to find true happiness.  Forbidden by her wealthy family to even mention her imprisonment, torture, and rape, Keilt is forced to make a change that will affect the rest of her life.  Seen through her testimony to the Brazilian National Truth Commission at the UN, readers become witnesses to both her vulnerability and her quiet strength. 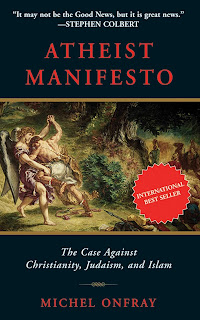 Atheist Manifesto: The Case Against Christianity, Judaism, and Islam ~ by Michel Onfray, 2005, 2011, religion


This hugely controversial work demonstrates convincingly how the world’s three major monotheistic religions — Christianity, Judaism, and Islam — have attempted to suppress knowledge, science, pleasure, and desire, often condemning nonbelievers to death.  Not since Nietzsche has a work so groundbreaking and explosive questioned the role of the world’s three major monotheistic religions.  If Nietzsche proclaimed the death of God, Onfray insists that not only is God still very much alive, but also increasingly controlled by fundamentalists who pose a danger to the nature of human morality.

Documenting the ravages of religious intolerance over the centuries, the author makes a strong case against the three religions for their obsession with purity and their contempt for reason and intelligence, individual freedom, desire, and the human body, as well as their disdain for women, sexuality, and pleasure.  All three demand faith and belief, obedience and submission, extolling the “next life” to the detriment of the here and now.  This is a work that is sure to stir debate on the role of religion in American society — and politics.