The most popular song on the day I was born 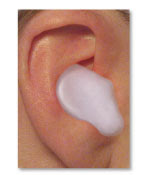 "I firmly believe that information that I used to be able to retain with ease in my brain, now leaks out my ear when I lay down to sleep at night. ... I have to go now. I need to go buy some ear plugs..."

Clever, huh? I must admit it was not my idea, but it appeared at "08:08 08-08-08" in South Africa on Absolute Vanilla's blog. I set my alarm so I could "capture" the exact time in Chattanooga, Tennessee, which is in the Eastern Time Zone of the USA (-5:00). Not everyone welcomes this day, as you can see by reading Fearful residents mark Myanmar's "8-8-88" uprising. For others it may be momentous, as today marks the opening of the 2008 Summer Olympics in Beijing, China.

Did you know the Chinese built one stadium to attract nesting birds and planned the aquatics center so it uses mostly recycled water? They also made efforts to reduce waste and better the water and air quality. Beijing went green because China lost the chance to host the summer Olympic games last time mostly because Australia’s proposal emphasized the importance of greening the games. Now let's hope the Chinese will continue being green even after the spotlight is no longer on them.

Hailey Jo Hauer and Xander Jace Riniker were both born at 8:08 a.m. on 8/8/08, weighing 8 pounds, 8 ounces, in neighboring states. Lindsey Hauer thought staff at Lake Region Hospital in Minnesota were joking when they told her the time of her daughter's birth. Then she got a call from the birthing suite noting Hailey's weight. Xander, born at St. Luke's Hospital in Cedar Rapids, Iowa, is the eighth grandchild for his mother's parents. And he's not the only one in his family with an unusual birthday: His 2-year-old brother, Kael, was born on 4/5/06.