Three children's books from the library 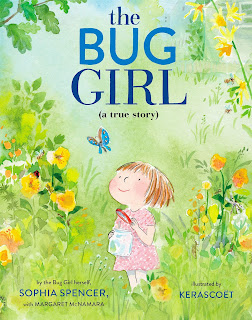 
Real-life 7-year-old Sophia Spencer was bullied for loving bugs until hundreds of women scientists rallied around her.  Now Sophie tells her inspiring story in this picture book that celebrates women in science, bugs of all kinds, and the importance of staying true to yourself. 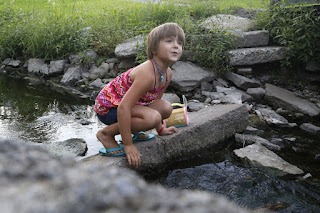 Sophia Spencer has loved bugs ever since a butterfly landed on her shoulder — and wouldn't leave! — at a butterfly conservancy when she was only two-and-a-half years old.  In preschool and kindergarten, Sophia was thrilled to share what she knew about grasshoppers (her very

favorite insects), as well as ants and fireflies.  But by first grade, not everyone shared her enthusiasm.  When she brought a beautiful grasshopper to school, some of the kids even knocked it off her shoulder and killed it.  Heartbroken, Sophia stopped talking about bugs, until her mom wrote to an entomological society looking for a bug scientist pen pal.  The society created the hashtag #BugsR4Girls, and before long, hundreds of scientists were talking to Sophia, encouraging her to keep up her love of entomology.  This charming picture book, written by the real-life Sophia, celebrates curiosity, scientific passion, being true to yourself — and of course, bugs! 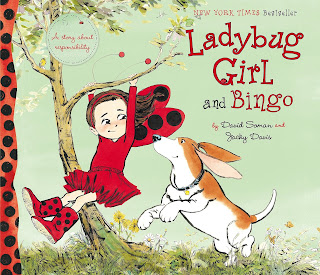 
This hardcover picture book explores the theme of responsibility for a pet and the fun of a first camping trip.  Lulu and her dog Bingo the basset hound are best friends.  Whenever they play outside, Bingo always stays close by Lulu’s side.  When they go camping for the first time, Lulu does her best to be responsible and hold tight to Bingo’s leash.  But what happens when Bingo wants to explore the forest on his own and runs off?  This is a job for Ladybug Girl!  She will find Bingo in time for toasting marshmallows at the campfire. 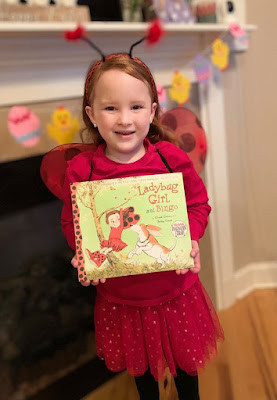 Two days after putting The Bug Girl by Sophia Spencer on reserve at my library, I also reserved Ladybug Girl and Bingo because of this photo of my great-granddaughter Shelby, who is absolutely the cutest lady bug I've ever seen.  She had chosen to be "Ladybug Girl" on her school's book character day. 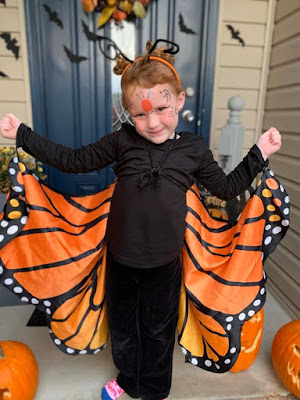 And I just happen to know that Shelby was a "bug girl" for Halloween 2019, too.  I love this monarch butterfly costume.  Hmm, we seem to have our very own bug girl in my family.  I love it. 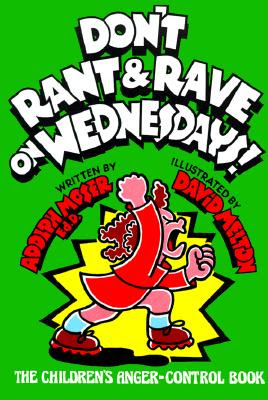 
Discusses the causes and effects of anger and provides advice on how to control and channel it.  From the author:  "Dear Friend: When I was a boy, I often got very angry.  Some people told me to 'let all my anger out.'  So I didn't hesitate to yell and scream, shake my fists, and stomp my feet!  I let my anger out all right.  But that kind of behavior got me into a lot of fights and arguments.  It also got me into trouble at school and home.  Now that I am an adult, I still get angry.  But I don't get as angry as often as I used to, and I don't stay angry as long.  I have learned how to control my behavior when I'm angry.  I no longer get into fights, and I don't get into as many arguments.  I get along much better with other people, and I stay out of trouble.  That makes me a much happier person.  It is important that you understand your own anger and learn how to deal with it in positive ways.  So I wrote this book just for you.  Your Friend, Adolph Moser" 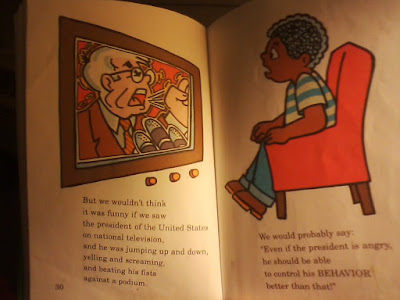 I learned about this children's book when someone on Facebook showed pages 30-31. The previous page says we might think it's cute if a small child has a temper tantrum.


But we wouldn't think it was funny if we saw the president of the United States on national television, and he was jumping up and down, yelling and screaming, and beating his fists against a podium.  We would probably say:  "Even if the president is angry, he should be able to control his BEHAVIOR better than that!"

Kind of interesting that these words were written more than a quarter of a century ago.

Library Loot is a weekly event co-hosted by Claire from The Captive Reader and Sharlene from Real Life Reading that encourages bloggers to share the books they’ve checked out from the library.  To see what others are reading, click this link.
Posted by Bonnie Jacobs on 3/14/2020 12:01:00 AM
Labels: library loot, Shelby

What a wonderful post Bonnie. I want to read them all and then pass them on to a new friend. She is the mother of two adorable little girls and it makes me remember my "little girl" who just turned 58 !!!

Bonnie-- it was me that posted the temper tantrum pages on FB, and then when I wanted to find the book in the library.....I couldn't remember the title. Thanks for the post, cuz this book is priceless!

It was me that posted the temper-tantrum pictures from a library book ("Don't Rant and Rave on Wednesdays") and then promptly lost the title and author of the book. NOW I can find it again, because that book is really a keeper!

I'm glad you'll be able to find the book now, Volcanogirl. I posted both of your comments because you added more in the second one. Thanks for the comment. I'd love to know more about you, if you feel like telling everyone in another comment here (or privately in an email to me), like where in the world you are, even if you don't share your name. Here's my email address:
emerging DOT paradigm AT yahoo DOT com