The editors of the American Heritage® dictionaries have compiled a list of 100 words they recommend every high school graduate should know. "The words we suggest," says senior editor Steven Kleinedler, "are not meant to be exhaustive but are a benchmark against which graduates and their parents can measure themselves. If you are able to use these words correctly, you are likely to have a superior command of the language." The following is the entire list of 100 words:

I give you a flower garden 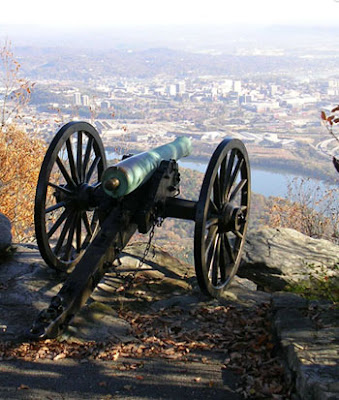 This cannon at Point Park overlooks the city of Chattanooga and is probably the most photographed cannon in the world. Okay, maybe I exaggerate, but look at this variety I found online. If you compare all of these views with the one Susan of Patchwork Reflections took recently, you'll see that hers is the best of the bunch. Unless you are a collector of sunsets, of course. 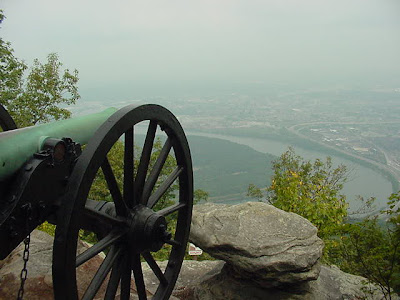 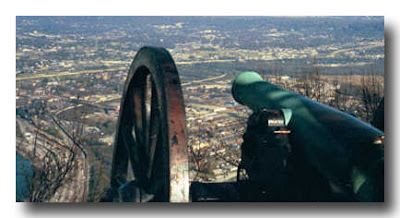 Read it, enjoyed it, was pulled to the next page, the next chapter, more, more, more, and had pretty much figured out what had really happened during the "nineteen minutes" that a student went on a rampage of murder. Yep, a lot like Virginia Tech last month. And then ... and then ... it all came out, and my "figuring" was off the mark, absolutely! I was astonished.

I don't know how Picoult does it, managing to publish a book just before something similar makes the news. Of course, it is also long AFTER something similar made the news: Columbine High School. Picoult refuses to tiptoe around volatile issues. In The Tenth Circle, her last book before this one, she wrote about an incident of date rape, and in Nineteen Minutes she deals with a student killing fellow students and faculty. I was reluctant to pick up the book because of how recently the VT shootings had shocked the nation, but it is so different and has such an unusual twist, that I can readily recommend this book. Rated 9 of 10, an excellent novel.
Posted by Bonnie Jacobs on 5/19/2007 10:41:00 PM 4 comments:
Labels: book review

A hiker comes through Chattanooga

(This photo was taken by Susan of Patchwork Reflections) 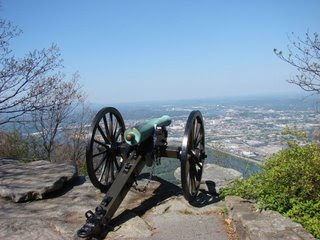 Susan at Patchwork Reflections wrote about Sue Turner hiking a trail through Chattanooga. I'm picking up on it because I want to share the pictures of my area on the American Hiking site. This picture was taken from Point Park on Lookout Mountain, exactly opposite the photo on the sidebar that looks toward that point of the mountain.
Posted by Bonnie Jacobs on 5/17/2007 04:11:00 PM 7 comments: 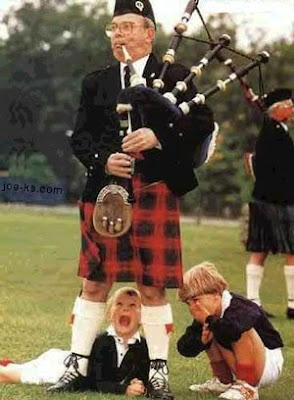 I just learned that this year's International Kilt Day is Saturday, May 12, 2007. Today! I think we should see knees, don't you? I googled kilt and piper and found this one with a couple of boys who can answer, "What's under a kilt?" Actually, I found a photo which showed eight men lifting their kilts to SHOW the answer to that question, but certain parts of the photo had been blurred on purpose! Since this is not an X-rated blog, I decline to show that other photo.
Posted by Bonnie Jacobs on 5/12/2007 03:39:00 PM 5 comments:

We Just Want to Live Here ~ by Rifa'i and Ainbinder

We Just Want to Live Here ~ by Amal Rifa'i and Odelia Ainbinder, 2003, nonfiction

"Violent opposition will bring nothing but a violent reaction. ... When somebody hits you, you hit back. That's not how it should be." --Odelia, page 48

Two teenage girls met in Switzerland, sent there together with other teens by a group called Peace Child Israel. There were misunderstandings, of course, how could there not be? These youngsters were meeting their neighbors, their enemies. Jewish Israelis and Muslim Palestinians, living within five minutes of each other in Jerusalem, yet miles and miles apart.

"I heard about the incident when the Jewish group invited some of the Arabic kids for an evening out at discotheques and in bars. But I was told that the Arabic kids really were angry, and that they were insulted that the Jewish kids had asked them out for a drink, and taken them to places their religion forbids them to enter." -- Amal, page 23

The Jewish youth tried to share something they enjoyed, not knowing it was against the religion of the Muslims to drink anything alcoholic. So their invitation backfired and the others were insulted. This little book (155 pages) is an eye-opener, a gift from these two girls who, with the help of Sylke Tempel, began to write letters to each other in spite of the war between their peoples. As they began to know each other better, they opened up and got more honest. Remember they are teens, struggling with a world they inherited. They don't personally have anything against each other, but neither do they understand each other.

Amal cannot understand why Odelia would join the army; Odelia explains that military service is a duty for Israeli teenagers when they finish high school and before going to college. But Odelia adds that she wants to avoid the fighting corps. On the other hand Odelia cannot imagine getting married at 18, as Amal is planning to do. Worse, how could Amal want to marry someone she is not allowed to know before marriage? Amal tries to explain her tradition and her desire to live always near her relatives. Live with a boy first? No, no, how could she do that?

As each of the girls struggles to make sense of the worldview of the other, they are opening the understanding of the reader to the 6,000-year-old animosity between Jews and Arabs and also the rightness each side feels that the land of Palestine-Israel belongs to her own people. I recommend this book for teens and adults who want to have a better feel for what's going on in the Middle East today. Rated 8/10, very good.
Posted by Bonnie Jacobs on 5/08/2007 08:48:00 AM 1 comment:
Labels: book review

Lots of folks riding this bus 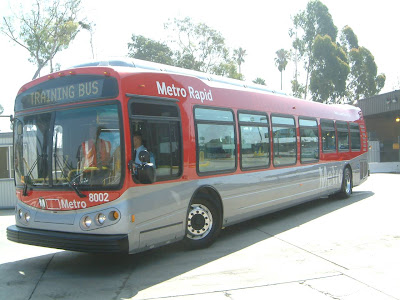 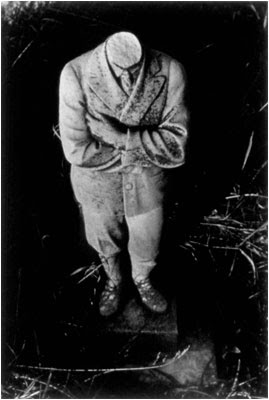 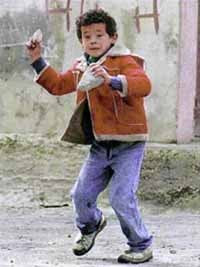 It is not always true that "sticks and stones may break my bones, but words will never hurt me." Take this opportunity to think about how words can wound. How would you feel, for instance, if someone says you are not half the man your father was? Take a minute to think about it (and maybe post your comments here on this blog) before you click HERE for one way of thinking about this insult.
Posted by Bonnie Jacobs on 5/05/2007 02:44:00 PM 1 comment:
Labels: thinking

Test your agility by timing yourself on how long it takes you to trace the shortest line from the entrance at the bottom left of the maze to the exit at the bottom right of the maze. After you have finished this task, click HERE for the solution. Ready, set, go!
Posted by Bonnie Jacobs on 5/05/2007 02:27:00 PM 1 comment:
Labels: thinking

What does she see? 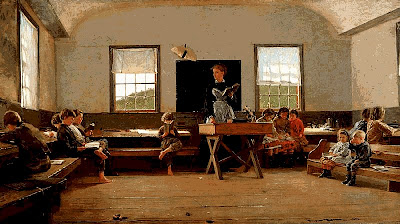 Maybe my challenge should be THINKING CREATIVELY. Here's something visual for anyone who likes a challenge. Enlarge Winslow Homer's painting "Country School" by clicking on it. Study it carefully, and then make up a story about what the teacher sees out that side window (on our left). She is looking in that direction. Does she hear something? What's going on out there? Think about your story before clicking HERE for one suggestion about what's outside that window.
Posted by Bonnie Jacobs on 5/05/2007 08:36:00 AM 2 comments:
Labels: thinking

I'm offering a new challenge here at Bonnie's Books, not a reading challenge, but a THINKING challenge. Are you willing to move out of your comfort zone? For example, many word people don't like math. Are you one of them? Okay, I'll make it simple. Here's your first question:
What is two and two?
Think of what you want to answer. Then click HERE to report your answer and read my comment.
Posted by Bonnie Jacobs on 5/04/2007 02:48:00 PM 1 comment:
Labels: thinking 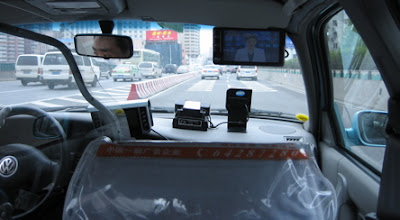 ... if you ever wondered if reading as you drive to work could be considered multitasking.
Posted by Bonnie Jacobs on 5/03/2007 07:47:00 AM 3 comments:
Labels: bookaholic

I saw a dollar walking down the street 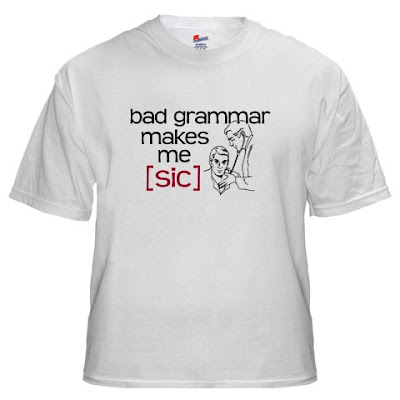 Does bad grammar make you [sic]? Me, too. To read an editor's post about misused quotation marks, followed by her readers' comments on bad grammar, click here: http://snickollet.blogspot.com/2007/04/im-not-going-to-work-but-im-still.html

After you read that, get yourself a copy of Eats, Shoots & Leaves: The Zero Tolerance Approach to Punctuation by Lynne Truss. The book is hilarious!

To teach a class on grammar and punctuation I used a program called "I saw a dollar walking down the street." Don't you just want to ask, "Which way was it going?"
__________

one's not half two. It's two are halves of one:
which halves reintegrating,shall occur
no death and any quantity;but than
all numerable mosts the actual more

minds ignorant of stern miraculous
this every truth-beware of heartless them
(given the scalpel,they dissect a kiss;
or,sold the reason,they undream a dream)

one is the song which fiends and angels sing:
all murdering lies by mortals told make two.
Let liars wilt,repaying life they're loaned;
we(by a gift called dying born)must grow