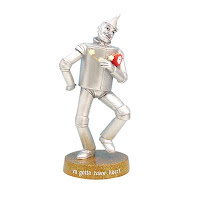 Wanna know what I've learned from this experience? How important it is to have loving friends. Two old friends and three women in my writers critique group have been my faithful supporters, re-scheduling their time for overnights at my house, getting me to doctor's appointments, bringing me meals, running errands for me, and generally "babysitting" me. Friends are wonderful.
Posted by Bonnie Jacobs on 3/14/2009 04:11:00 PM 18 comments:
Labels: Donna
Newer Posts Older Posts Home
Subscribe to: Posts (Atom)