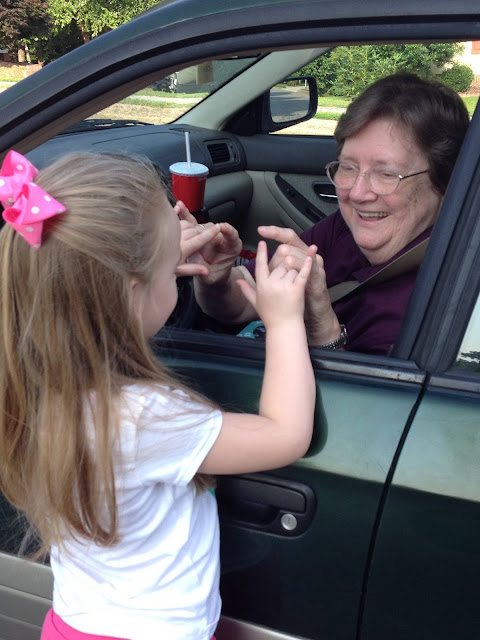 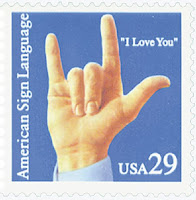 Here's an old photo of me with my great-granddaughter Raegan.  I was leaving my daughter's house to drive home to St. Louis in 2014, and I made the sign for "love."  Raegan did it, too, and then she wanted us to make the sign with both hands and touch our extended fingers.  This stamp shows the "I love you" sign a bit more clearly.
Posted by Bonnie Jacobs on 12/01/2022 10:30:00 AM No comments:
Labels: Throwback Thursday

Thursday Thirteen is a meme where we make a list of 13 things on this
day on a topic of our choice.  The only rule is to write about 13 things.
1.  The fog was so heavy when I woke up last Saturday that the sun looked like the moon behind thin clouds.  I could look right at it and see only a disc like these elevator buttons. 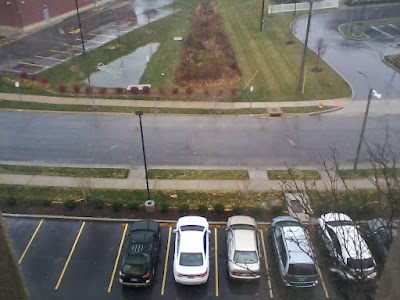 2.  When I opened my kitchen blinds, I couldn't see Walgreens across the street.  I could only see a slightly darker fog where the building should be.  That's Walgreen's at top left.
3.  I decided it's once again time to click on WindowSwap, which "opens a new window somewhere in the world."  That site lets me travel all over the world.  Where to, today? 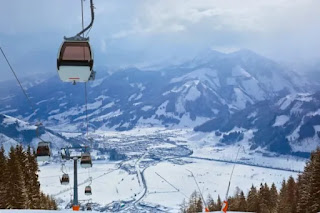 4.  Oooh!  I got a video looking from a cable car window in Innsbruck, Austria.  We passed other cars going up the steep mountain as we rode down.
5.  "Francesca's Golf Cart Window" on WindowSwap was lots of fun as she drove us around a neighborhood in Virginia, looking at fall foliage. 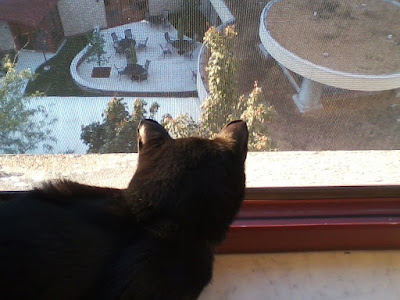 6.  Speaking of windows, this photo of Clawdia from 2015 shows what our view toward the south used to be, before construction began on our new building. 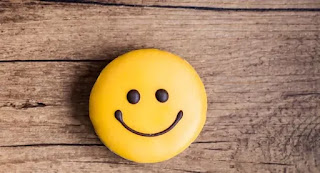 7.  I like this saying:  "Be the reason someone smiles today."  Let's all smile today. 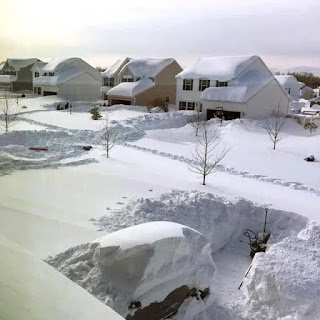 8.  Buffalo got seven feet of snow a few days ago.  This photo was posted by Jackie McGuinness on her Junk Boat Travels blog last Saturday. 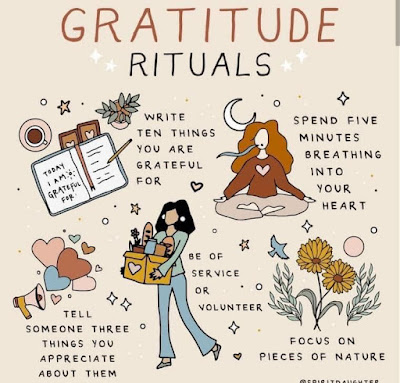 9.  I've decided to do a Gratitude Jar from this Thanksgiving to next.  I wrote about gratitude in 2021:  "You can 'rewire' your brain to be happy by simply recalling 3 things you're grateful for every day for 21 days."  I'll try to write down three (or more) things each week for a year and save the slips of paper in a big jar. 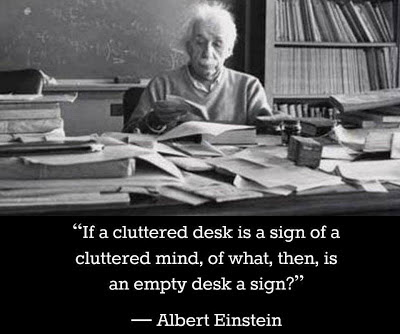 10.  Cluttered desk quote (first published in 2018).  My desk is also cluttered.
11.  I went out to eat with a few people on the Crown Center's bus on Tuesday, but they all went shopping in the shopping center instead.  I ate alone and decided I won't sign up for something like that again, unless a specific friend also goes.
12.  I did have leftovers to bring home, so I ate the rest of that meal the next day.
13.  If I can get my iPhone to send the photo of my desert to my email, I'll add a photo right here for you to see.
Posted by Bonnie Jacobs on 12/01/2022 12:01:00 AM No comments:
Labels: Thursday Thirteen 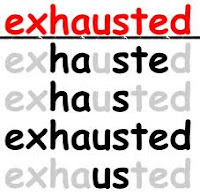 I love that somebody came up with a whole sentence in the word EXHAUSTED:  "Haste has exhausted us."
Posted by Bonnie Jacobs on 11/30/2022 12:01:00 AM No comments:
Labels: Wednesday Words 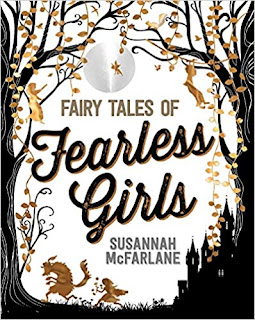 Fairy Tales of Fearless Girls ~ by Susannah McFarlane, 2020, children's, 128 pages
This is an illustrated picture book of reimagined fairy tales with a feminist twist, perfect for fans of the classic stories.  Each story has a modern twist, a different illustrator, and all the charm of a classic storybook.  This accessible book is perfect for young princes and princesses learning to have courage and follow their hearts.

They may be small, but they’re big of heart—
kind and cheerful, brave and smart.
And so with courage, hope, and laughter
they make their own "happily ever after."

In this treasury of modern fairy tales, the heroines make their own way to happily ever after, and there isn’t a damsel in distress in sight!  Rapunzel, Little Red Riding Hood, Cinderella, and Thumbelina don’t let fear or self-doubt hold them back.  Using their wits, bravery, honesty, and kindness, they problem-solve their way out of tricky situations.  See how Rapunzel invents her way out of her tower and how Red Riding Hood outsmarts the wolf! 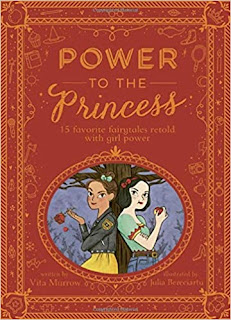 Power to the Princess: 15 Favorite Fairytales Retold with Girl Power ~ by Vita Murrow, illustrated by Julia Bereciartu, 2018, children's, 96 pages
What if princesses didn’t always marry Prince Charming and live happily ever after?  Fifteen favorite fairytales have been retold for a new generation.  These princesses are smart, funny, and kind, and can do anything they set their minds to.  Focused on issues including self-image, confidence, LGBTQ, friendship, advocacy, and disability, these stories are perfect for sharing between parents and children, or for older princesses or princes to read by themselves.  They teach that a princess is a person who seeks to help others, is open to learning new things, and looks for ways to add purpose to their lives and to the lives of those around them.
Get reacquainted with these powerful princesses:
Power to the princess!
Posted by Bonnie Jacobs on 11/29/2022 12:01:00 AM No comments:
Labels: TWOsday 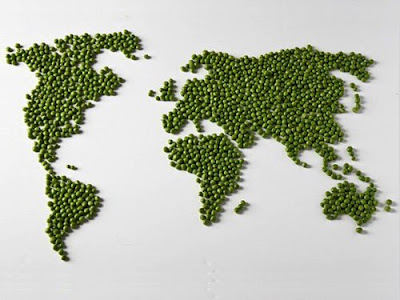 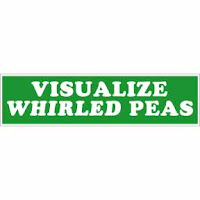 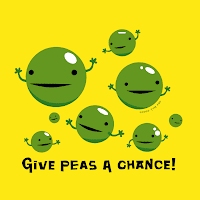 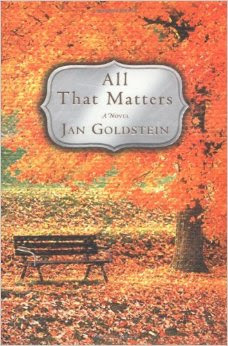 All That Matters ~ by Jan Goldstein, 2004, fiction (California, New York, Maine), 198 pages, 9/10
Jennifer Stempler has nothing left to lose.  The love of her life left her, her mother died in a senseless car accident, and her Hollywood producer father started a brand-new family — with no room in it for her.  So, 23-year-old Jennifer decides to pursue (permanent) oblivion — in the form of Xanax and tequila — on the beach near her home in Venice, California.  But Jennifer's depression is no match for her nana's determination.
Gabby Zuckerman refuses to let her granddaughter self-destruct.  With her trademark feistiness, this force of nature whisks Jennifer back to her home in New York City, intending to prove to Jennifer that her life cannot possibly be over yet.  In fact, it has just begun.  Through jaunts in Central Park and road trips to Maine, Gabby tries to teach Jennifer how to trust and hope again.  But when Gabby reveals a secret — one that challenges Jennifer with a haunting and heartbreaking truth — Jennifer must find whether she has it in her to provide the final gift only she can give. 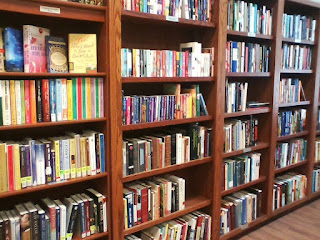 I have been culling my shelves before moving into a new apartment in February.  I've read this one before, but I've decided to read it again.  Then I'll donate it to our little Crown Center library, shown in this photo. Coleridge's Rime of the Ancient Mariner ~ edited by Ellen E. Garrigues, 1895 and 1910, poetry, 46 pages
This is a slim little volume, with brown covers imprinted with slightly darker brown words.  That's why I photographed the title page instead of the cover.  It belonged to the aunt I was named for.  Bonnie Reynolds was my mother's only sister.  It was her textbook in high school, back in 1921.  This one is probably a collector's item, even though she marked in it as she studied.  It's another one I'm about to re-read. 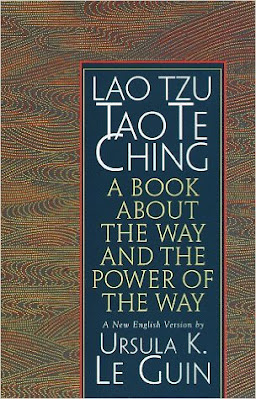 Tao Te Ching: A Book About the Way and the Power of the Way ~ by Lao Tzu, a new English version by Ursula K. Le Guin, 1997, religions, 126 pages
When I taught religions of the world at Chattanooga State, I took my collection of Tao Te Ching translations and asked students to find #11 and read it aloud to the class.  That's my favorite chapter, so the students got to hear several versions of it.  My own personal favorite translations were Stephen Mitchell's and Ursula K. Le Guin's.  Here's her version of number eleven, which I now have on my Kindle. 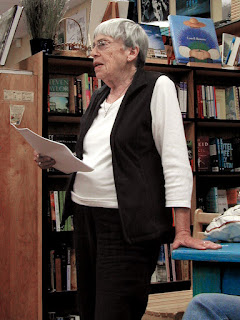 Ursula K. Le Guin:  "One of the things I love about Lao Tzu is he is so funny.  He's explaining a profound and difficult truth here, one of those counter-intuitive truths that, when the mind can accept them, suddenly double the size of the universe.  He goes about it with this deadpan simplicity, talking about pots" (p. 14). 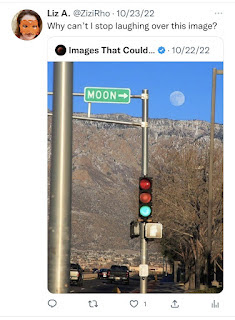