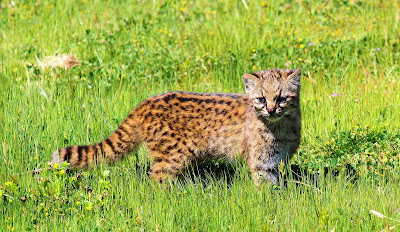 The Crown Center offers the residents a word search puzzle each week, and I picked one up earlier today.  While waiting for my lunch order, I was also circling words on the page as I found them among the random letters.  Today, we were looking for large cats like lion, tiger, jaguar, and ... kodkod?  What?  I've never heard of a kodkod.  Neither had Donna, so we had to find out what it is. 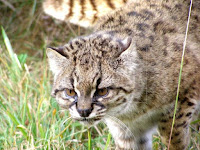 
"The kodkod ... is the smallest cat in the Americas.  It lives primarily in central and southern Chile and marginally in adjoining areas of Argentina.  Its area of distribution is small compared to the other South American cats.  Since 2002, it has been listed as Vulnerable on the IUCN Red List as the total effective population may comprise less than 10,000 mature individuals, and is threatened due to persecution and loss of habitat and prey base."


"The kodkod is a secretive animal the size of a very small house cat, and, along with the oncilla, is one of the southern hemisphere’s smallest cats.  Its tiny body has grayish-brown to buff fur, covered with many small black spots that will sometimes create broken streaks on its head and neck.  The small head has low-set ears, black at the rear, with a central white spot.  Its short tail is bushy and has narrow, black bands.  Its rather large feet suggest its ability to climb."

I never heard of an oncilla, either, though from the pictures I found, they seem to me a lot like kodkods or housecats.  Aren't these kodkods beautiful? 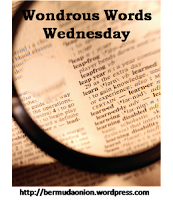 I've never heard of a Kodkod before, but I rescued a stray kitten that was only a week or so old and abandoned in a field and she looks like that gray and black cat. The first time I took her to the vet everyone said that they'e never seen a cat with spots instead of stripes. She does have the stripes on her head and tail though.