Vasilly and Doret have planned a summer read-along at Color Online, starting June 1.  We'll have a halfway post on June 15, and a wrap-up on June 30. Here's the book they chose: 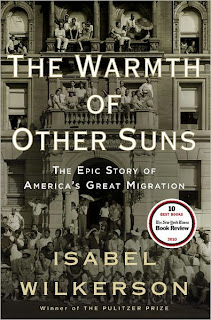 The Warmth of Other Suns: The Epic Story of America's Great Migration ~ by Isabel Wilkerson, 2010, history (USA)


Isabel Wilkerson chronicles one of the great untold stories of American history: the decades-long migration of black citizens who fled the South for northern and western cities, in search of a better life. This exodus of almost six million people, from 1915 to 1970, changed the face of America. The author, who interviewed more than a thousand people and gained access to new data and official records, compares this epic migration to the migrations of other peoples in history. She tells this story through the lives of three individuals:

The book shows what it was like to travel across the country by car and train to forge new lives in colonies that grew into ghettos, as well as how the migrations changed these cities with southern food, faith, and culture.

The book is a winner, literally.
And so is the author. 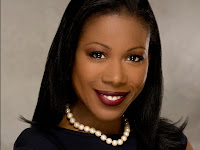 What a wonderful post! Thank you so much for letting all your readers know about it!

Happy to do it. You and Doret get the credit, though, for planning the whole thing. This ought to be fascinating.