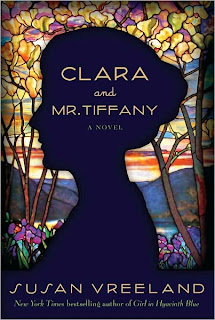 
Summary:  "It’s 1893, and at the Chicago World’s Fair, Louis Comfort Tiffany makes his debut with a luminous exhibition of innovative stained-glass windows, which he hopes will honor his family business and earn him a place on the international artistic stage. But behind the scenes in his New York studio is the freethinking Clara Driscoll, head of his women’s division. Publicly unrecognized by Tiffany, Clara conceives of and designs nearly all of the iconic leaded-glass lamps for which he is long remembered.  Clara struggles with her desire for artistic recognition and the seemingly insurmountable challenges that she faces as a professional woman, which ultimately force her to protest against the company she has worked so hard to cultivate. She also yearns for love and companionship, and is devoted in different ways to five men, including Tiffany, who enforces to a strict policy: he does not hire married women, and any who do marry while under his employ must resign immediately. Eventually, like many women, Clara must decide what makes her happiest—the professional world of her hands or the personal world of her heart." 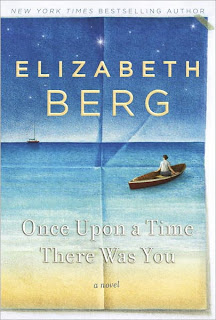 
Synopsis:  This one's about "a man and woman, long divorced, who rediscover the power of love and family in the midst of an unthinkable crisis.  Even on their wedding day, John and Irene sensed that they were about to make a mistake. Years later, divorced, dating other people, and living in different parts of the country, they seem to have nothing in common — nothing except the most important person in each of their lives: Sadie, their spirited eighteen-year-old  daughter. Feeling smothered by Irene and distanced from John, Sadie is growing more and more attached to her new boyfriend, Ron.  When tragedy strikes, Irene and John come together to support the daughter they love so dearly. What takes longer is to remember how they really feel about each other."

Library Loot is a weekly meme co-hosted by Claire from The Captive Reader and Marg from The Adventures of an Intrepid Reader that encourages bloggers to share the books they’ve checked out from the library.  Claire has the Mister Linky this week, if you'd like to share a list of the loot you brought home.
Posted by Bonnie Jacobs on 5/25/2011 05:25:00 PM
Labels: library loot

I've read two Elizabeth Berg's before, years ago..Talk Before Sleep. I cried, but it was a very well written book. And.. The Pull of the Moon. I loved them both. Let me know if you like Once Upon A Time, There Was You. I haven't been reading lately but..I'd pick up her books over many other authors.

*found your blog from Nancy (Bookfool)

Isn't the cover for Clara gorgeous!

I got it, Marg, because I saw it on your re-loot and loved that cover. Plus I've read Vreeland's books and like her writing.