New books for my Kindle 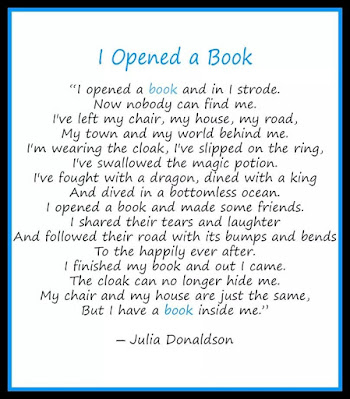 The Lost for Words Bookshop ~ by Stephanie Butland, 2018, fiction
Loveday works in a used bookstore with a somewhat eccentric owner who has become a father figure.  She’s content to spend her days in anonymity, introverting as she goes through piles of donated books.  When books from her childhood, the EXACT books, suddenly begin showing up in boxes, Loveday is forced to face her past, in order to pursue her future.

Allie and Bea ~ by Catherine Ryan Hyde, 2017, fiction
Bea has barely been scraping by since her husband died.  After falling for a telephone scam, she loses everything and is forced to abandon her trailer.  With only two-thirds of a tank in her old van, she heads toward the Pacific Ocean with her cat — on a mission to reclaim what’s rightfully hers, even if it means making others pay for what she lost.

When fifteen-year-old Allie’s parents are jailed for tax fraud, she’s sent to a group home.  But when her life is threatened by another resident, she knows she has to get out.  She escapes only to find she has nowhere to go — until fate throws Allie in Bea’s path.  Reluctant to trust each other, much less become friends, the two warily make their way up the Pacific Coast. Yet as their hearts open to friendship and love from the strangers they meet on their journey, they find the courage to forge their own unique family—and begin to see an imperfect world with new eyes.

The Thing About Clare ~ by Imogen Clark, 2018, fiction
The four Bliss siblings have a loving but complicated bond, but when their mother, Dorothy, dies seemingly without a will, this relationship is put to the test.  As the mourning siblings try to make sense of the situation, one of them is caught with a secret:  before she died, Dorothy entrusted her favorite daughter with her will and a letter — and told her to destroy them both.
Of course it was Anna their mother turned to for this mission.  Miriam, the eldest, is far too sensible; Sebastian, the baby, too sensitive; and Clare, the middle child, has always been too rebellious to rely on, and long ago cut herself out of her siblings’ lives.  But what Anna finds in the documents could change everything.  Do the other siblings not deserve to know what it is about them that their mother was so desperate to hide?  And if it is revealed, will the Bliss family ever be the same again?
Posted by Bonnie Jacobs on 4/03/2021 12:01:00 AM

That poem was meant to be shared with the wider book community. Thank you, Bonnie.