Beginning ~ with someone you never want to see again

Even in a happy, peaceful town, such as ours, it is possible
to find someone you never want to see again.
Pesha Lindauer found one such person.  A man whose
visage drove her to rage, and whose voice made her clench her fists and grit her teeth.  A man who haunted her dreams, tormenting her with whips and fire, and whose appearance always left her with the faint smell of sulfur upon waking.
It was doubly unfortunate that the personage in question was her husband, Ishmael. 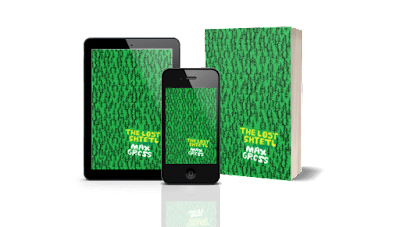 In a remote corner of Poland, the inhabitants of a tiny Jewish village ignore the modern world — until a shocking event turns their lives upside down.  "A dose of fabulism may be the best cure yet for a psychologically intolerable contemporary moment…[The Lost Shtetl is] a riveting narrative about the costs of living in one’s own time as opposed to the benefits and disadvantages of living in a 'lost horizon' that has been overlooked by the contemporary world. ... If this novel doesn’t take your mind off being holed up in a shuttered-down city or trying to escape the reality of the pandemic by socially distancing somewhere in the country, nothing will." — Vogue.  "Judging by The Lost Shtetl ... author Max Gross is the metaphysical love child of Sholem Aleichem and J.K. Rowling." — Hadassah Magazine.

That beginning! She really does not like her husband, does she? The Lost Stetl has such an interesting premise. Imagine being completely unaware of the Holocaust going on around you . . . I will be curious to know what you think of it when you finish reading it, Bonne. Have a great weekend!

I like the description of the author as a metaphysical representation of ... Very funny. My Friday quotes from THE GREATEST MIRACLE IN THE WORLD

That's quite an intro. I hope you like this one!