Virtual event ~ and the book 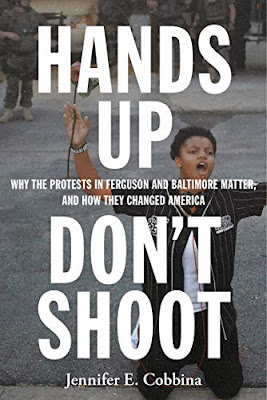 Hands Up, Don’t Shoot: Why the Protests in Ferguson and Baltimore Matter, and How They Changed America ~ by Jennifer E. Cobbina, 2019, sociology


Following the high-profile deaths of eighteen-year-old Michael Brown in Ferguson, Missouri, and twenty-five-year-old Freddie Gray in Baltimore, Maryland, both of these cities erupted in protest over the unjustified homicides of unarmed black males at the hands of police.  These local tragedies ― and the protests surrounding them ― assumed national significance, igniting fierce debate about the fairness and efficacy of the American criminal justice system.   Yet, outside the gaze of mainstream attention, how do local residents and protestors in Ferguson and Baltimore understand their own experiences with race, place, and policing? 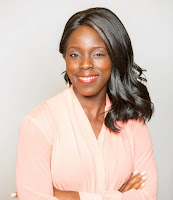 Dr. Cobbina drew on in-depth interviews with nearly two hundred residents of Ferguson and Baltimore, that were conducted within two months of the deaths of Brown and Gray.  She examines how protestors in both cities understood their experiences with the police, how those experiences influenced their perceptions of policing, what galvanized Black Lives Matter as a social movement, and how policing tactics during demonstrations influenced subsequent mobilization decisions among protesters.  Ultimately, she humanizes people’s deep and abiding anger, underscoring how a movement emerged to denounce both racial biases by police and the broader economic and social system that has stacked the deck against young black civilians.  This book is a current, on-the-ground assessment of the powerful, protestor-driven movement around race, justice, and policing in America.

There's a free virtual event on February 19th.  Click that blue link to sign up for the "Racial Justice Speaker Series: A Discussion with Dr. Jennifer Cobbina."  This hour-and-a-half event is the first conversation in this series sponsored by University of Central Florida College of Community Innovation and Education.
Dr. Cobbina is an Associate Professor in the School of Criminal Justice at Michigan State University.  She received her PhD in criminal justice at the University of Missouri – St. Louis in 2009.  Her primary research focuses on community responses to police violence and the strategies that communities employ to challenge police expansion and end state sanctioned violence.  Her research also examines the intersection of race, gender, and how neighbor-hood contexts shapes crime and criminal justice practices.  Finally, her work focuses on corrections, prisoner reentry, and the understanding of recidivism and desistance from crime.
Word of the Day

Desistance is the word for how people with a previous pattern of offending come to abstain from crime.  It's a journey that's influenced by someone's circumstances, the way they think, and what is important to them.  Each individual's experience is different.  It doesn't usually happen overnight.

This looks like a very interesting book and virtual event! I do hope all the concern for equity and social justice isn't just a passing fad, but truly makes a difference in this country.

I was among the protestors after Ferguson, marching from near my apartment complex to downtown Clayton. I'm in University City, about 7-8 miles from Ferguson and not far from Clayton (whose tall buildings I can see from my window). I had moved here in June 2014, just before Michael Brown was killed in August, and my new friend Betty invited me to march with her. She was also born in 1940 and we couldn't keep up with the 20-somethings, so someone gave us a ride part of the way. That "someone" is now one of my Facebook friends, even though she has moved away from St. Louis. It's interesting how we make friends in all kinds of situations, isn't it? You're my friend, Helen, though we may never meet face-to-face.

I am always impressed with your involvement in issues that you find important! I love that we become friends with people through books!

Back in the late 1970s and early 1980s, I taught racism, sexism, and EEO (Equal Employment Opportunity) compliance to managers in a government agency, all of whom were men. Or at least that's what I remember. My teaching partner was a black man, and I remember one day when a manager sitting near the back crossed his arms (defensively??) and loudly and belligerently proclaimed, "No black man and white woman are going to tell me what I can say!" I happened to be the presenter at that moment, so I told him, "That's fine, as long as you realize that — now that we've told you — YOU will be financially responsible for what you say." He shut up.