Beginning ~ with an envelope 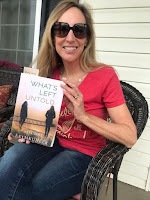 Chapter 1
The envelope slid from between the pages of the book and fell to the floor, landing between my feet.  The sudden familiarity of it — the pink paper slightly yellowed with age and the masculine, angular letter-ing in sparkly purple ink — was like a slap in the face.  I bent to retrieve it and pinched it between my thumb and forefinger as if it were something distaste-ful, possibly dangerous. . . . Lia had been my best friend. 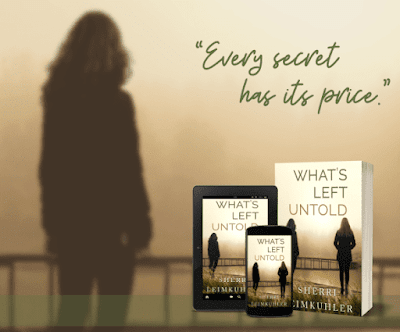 What's Left Untold ~ by Sherri Leimkuhler, 2019, fiction
This suspenseful psychological drama centers on Anna and Lia, best friends in high school, who lost touch after a wild party one summer night.  Lia disappeared off to college, and Anna never heard from her again.  Hurt and angry, Anna has held a grudge all these years.  Now it’s time for the 20th reunion, and the two meet again.  Their mutual attraction is still strong, but when Anna learns the real reason Lia deserted her, she struggles to forgive and forget.  Keeping the secret for so long has created a cascade of problems for both women and their families.  In the end, some secrets may really be best "left untold."

Gilion at Rose City Reader hosts Book Beginnings on Fridays.  Click on the blue link to see other books.
Posted by Bonnie Jacobs on 2/26/2021 12:01:00 AM
Labels: book beginnings

I love that opening. So visual. I hope you are enjoying What's Left Untold. Have a great weekend, Bonnie!