Beginning ~ in an orphanage 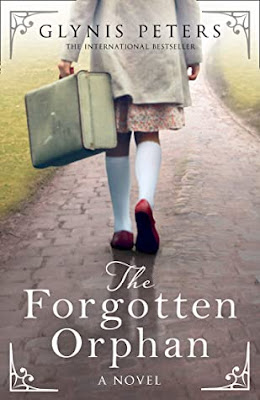 Maisie Reynolds peered through the grubby window of Holly Bush Orphanage.  Another child turned and waved to her from the driveway below.  Maisie waggled her fingers in a half-hearted response and leaned her forehead against the cool glass.  Another heartbreaking moment for her.

Abandoned when she was tiny, Maisie Reynolds was separated from her twin brother and forced to grow up in Holly Bush orphanage — a place where she has never known love or kindness.  But with the world at war and Hitler’s devastating bombs coming ever closer, fate has other plans for Maisie and a secret from her past changes everything.  When she meets handsome Cam, a Canadian paratrooper, Maisie learns that love might not be lost to her after all — but not before her past life and D-Day bring a tragic twist to her happiness.

I downloaded this to my Kindle when it was on sale Tuesday for 99-cents.  Interestingly, the hardback edition won't be published until May of this year, though the Kindle edition came out in December 2020.

Hi,
Wow, that sounds suspenseful. I'll have
to check this one out. Have a great day!

I think this book in on our book club list. Let me know if you think it will be a good discussion book. Thanks. My quotes this week

My heart breaks for her in that opening scene. Poor Maisie. This sounds like something I would like. I hope you are enjoying it! Have a great weekend, Bonnie!

I've read about 3/4 of the book already and can tell you, Anne, that there would be lots to discuss in your book club.