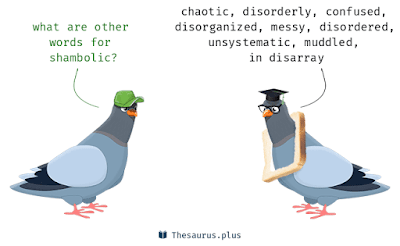 sham·bo·lic /ˌshamˈBOL-ik / adjective (informal British) = chaotic, disorganized, or mismanaged.  Example:  "He did not seem able to do anything about his department's shambolic accounting."

It surprises me, as an avid reader all of my 80+ years, to run across a word I don't think I've ever seen before.  This word appeared in a private Facebook group's discussion.  Maybe the writer is British.  The Oxford English Dictionary describes "shambolic" as colloquial and defines it as "chaotic, disorderly, undisciplined."  The OED also suggests that the word may have been influenced by the adjective "symbolic."  I learned that the adjective "shambolic" is derived from the noun "shambles." 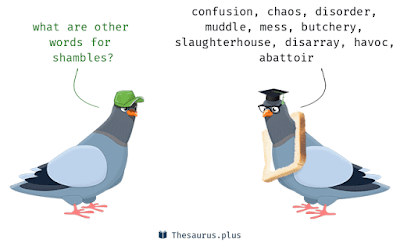