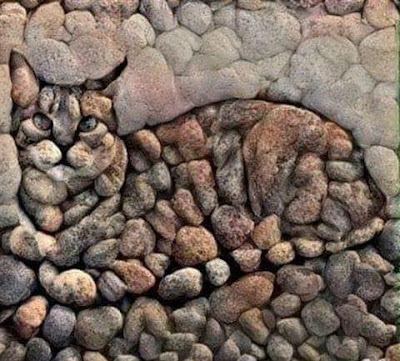 Here's a cat made of rock for Caturday, one day late.  Time doesn't seem to work for me the way it did before the mid-March lockdown. 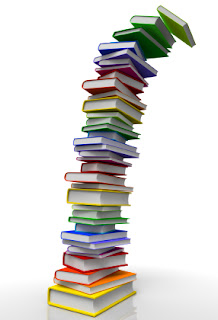 You may be a bookaholic ... if you know what a TBR stack is.  My stack is MUCH higher than this one, so I should quit adding books.  Nope.  I was at Donna's last night to use her magnifying thingy to read the tiny print on something I had ordered from Amazon (no, not a book).  The book on her coffee table relates to the destructive events at the Capitol this week, so I said I would like to read it when she finished.  Donna said, "Take it."  This one had not grabbed her attention, though her sister Jane liked it.  Here 'tis:

Break It Up: Secession, Division, and the Secret History of America's Imperfect Union ~ by Richard Kreitner, 2020, history, 487 pp.

The fiery thesis of this book is simple:  The United States has never lived up to its name — and never will.  The disunionist impulse may have found its greatest expression in the Civil War, but the seduction of secession wasn’t limited to the South or the nineteenth century.  It was there at our founding and has never gone away.  Kreitner takes readers on a revolutionary journey through American history, revealing the persistence and power of disunion movements in every era and every region.  The divisions that threaten to tear America apart today have centuries-old roots in the earliest days of our Republic.  Break It Up will help readers make fresh sense of our fractured age.

Bloggers gather in The Sunday Salon — at separate computers in different time zones — to talk about our lives and our reading.
Posted by Bonnie Jacobs on 1/10/2021 04:00:00 PM
Labels: bookaholic, Caturday, salon

I identify as a bookaholic. No cure, I hear. Not even sure if it can be managed.

I shall look for Break It Up. I know all too well the threat of secession; I live in Texas, and every time things don't go the way some Texans want it, someone threatens secession.

It's been a week.

I there such a thing has having too many books in one's TBR shelf/list? I hope not! Gathering books has become my solace during the pandemic. I swear I use it as a distraction from all the horrible news that we seem to be bombarded with each day.

Wishing you a great reading week