Books for my birthday 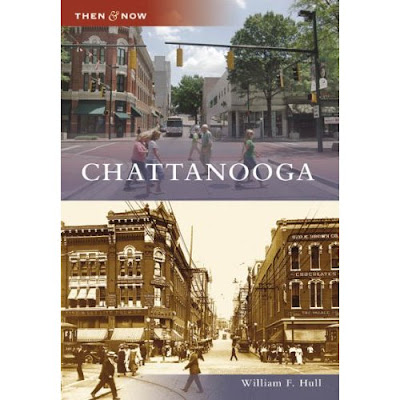 
"Twenty-five years ago, the citizens of Chattanooga met together to plot the future of their city by reinvigorating the town’s origins by the river. Changes since then have refreshed the city and the waterfront, renewing energy in this friendly Southern town. This volume documents the landmarks that remain and the ones that exist only in images and fading memories."

The book above is from my daughter Sandra, who knows I'm interested in local history, and the books below are a gift from me to me.  I traded in a bunch of used books and got most of these, then went to another bookstore and bought another couple of used books. 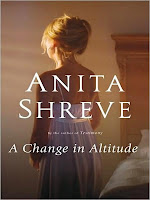 
"Margaret and Patrick have been married just a few months when they set off on what they hope will be a great adventure-a year living in Kenya.  Margaret quickly realizes there is a great deal she doesn't know about the complex mores of her new home, and about her own husband.  A British couple invites the newlyweds to join on a climbing expedition to Mount Kenya, and they eagerly agree.  But during their harrowing ascent, a horrific accident occurs.  In the aftermath of the tragedy, Margaret struggles to understand what happened on the mountain and how these events have transformed her and her marriage, perhaps forever."


This "is a story about an independent woman and her fifteen-year-old son, and the truth she has long concealed from him. Fifteen years ago Vida Avery arrived alone and pregnant at elite Fayer Academy. She has since become a fixture and one of the best teachers Fayer has ever had. By living on campus, on an island off the New England coast, Vida has cocooned herself and her son, Peter, from the outside world and from an inside secret. For years she has lived largely through the books she teaches, but when she accepts the impulsive marriage proposal of ardent widower Tom Belou, the prescribed life Vida has constructed is swiftly dismantled."

Sisters of the Earth: Women's Prose and Poetry about Nature ~ edited by Lorraine Anderson, 1991, women's studies


This "is a stirring collection of women’s writing on nature:  Nature as healer. Nature as delight. Nature as mother and sister. Nature as victim. Nature as companion and reminder of what is wild in us all. Here, among more than a hundred poets and prose writers, are Diane Ackerman on the opium of sunsets; Ursula K. Le Guin envisioning an alternative world in which human beings are not estranged from their planet; and Julia Butterfly Hill on weathering a fierce storm in the redwood tree where she lived for more than two years. Here, too, are poems, essays, stories, and journal entries by Emily Dickinson, Alice Walker, Terry Tempest Williams, Willa Cather, Gretel Erlich, Adrienne Rich, and others — each offering a vivid, eloquent response to the natural world."

The Queen of the Big Time ~ by Adriana Trigiani, 2004, fiction (Pennsylvania)


This is "a novel about an Italian family living in Roseto, Pennsylvania. The eldest daughter Nella is ambitious and determined to make a life for herself far away from the rigors of farm and factory life. But then she meets and falls in love with a handsome carefree poet Renato Lanzara, the son of the town restaurateur. When he suddenly disappears without an explanation, rumors about a forced marriage to a girl in another town and criminal activity begin to circulate through the village grapevine. Returning after five years, and a week before Nella's wedding, Renato shakes up not only Nella's life but also the lives of Roseto's townspeople."


"Sarah’s story begins in the cradle of civilization: the Sumerian city-state of Ur, a land of desert heat, towering gardens, and immense wealth. The daughter of a powerful lord, Sarah balks at the marriage her father has planned for her. On her wedding day, she impulsively flees to the vast, empty marshes outside the city walls, where she meets a young man named Abram, son of a tribe of outsiders. Drawn to this exotic stranger, Sarah spends one night with him and reluctantly returns to her father’s house. But on her return, she secretly drinks a poisonous potion that will make her barren and thus unfit for marriage.  Many years later, Abram returns to Ur and discovers that the lost, rebellious girl from the marsh has been transformed into a splendid woman — the high priestess of the goddess."