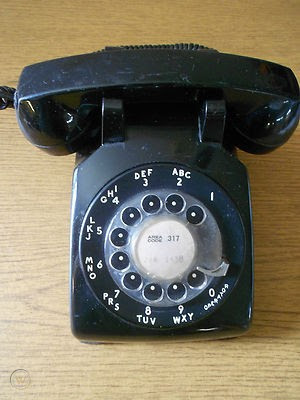 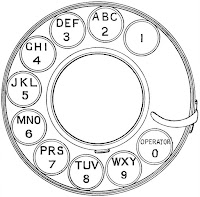 And that brought back memories of old telephone dials, showing letters as well as numbers.  All the early phones were black.  The earliest light-colored phone I remember having was hanging on the wall in the kitchen of the first house we bought after I was married.  My FB friend Tricia commented, "Yes.  It was the 80s before we had a push button phone.  And we had a party line when I was growing up!"  Ah, yes, we also had a party line phone when I was a child. 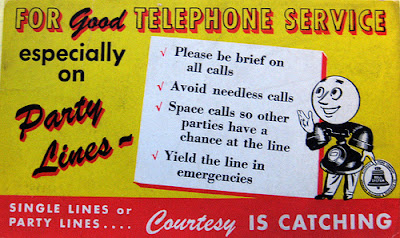 A party line was a local telephone loop circuit that was shared by more than one subscriber.  There was no privacy on a party line; if you were conversing with a friend, anyone on your party line could pick up their telephone and listen in.