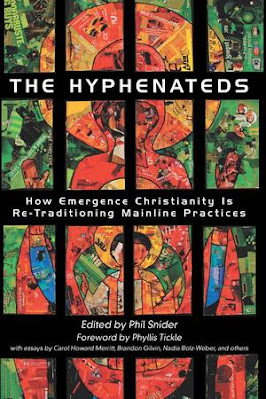 Can emergence Christianity help established denominations understand that radical transformation means more than a new worship service?  When hearing complainst that church is irrelevant, can mainliners understand that reclaiming relevancy means more than changing meeting locations from church buildings to coffeeshops?  Yes, say the writers of this book, as they show you how they've done it.


Beloved and respected by scholars, preachers, and laity alike, Walter Brueggemann offers penetrating insights on Scripture and prophetic diagnoses of our culture.  Instead of maintaining what is safe and routine, he encourages readers to embrace the audacity required to live out one’s faith.  This volume gathers Brueggemann’s wisdom on topics ranging from anxiety and abundance to partisanship and the role of faith in public life.

Carter draws upon his own experiences and the testimony of courageous women from all regions and all major religions to demonstrate that women around the world, more than half of all human beings, are being denied equal rights.  This is an informed and passionate charge about a devastating effect on economic prosperity and unconscionable human suffering.  It affects us all.

Re-Discovering the Sacred: Spirituality in America ~ by Phyllis A. Tickle, 1995, religion, 190 pages

More Americans than ever are reading spiritual books.  What are they looking for?  What have they found?  What does it all mean?  Phyllis Tickle examines our hunger for sacred meaning, synthesizes key elements of an evolving spirituality, and reveals Christianity to be a treasure chest for seekers in the future.

American Christians are deeply divided about what it means to follow Jesus.  Borg takes us on a journey to discover who Jesus was, what he taught, and why he still matters today.  Jesus was a religious revolutionary who taught transformation, not doctrine, and emphasized practices rather than beliefs.

Saving Paradise: How Christianity Traded Love of This World for Crucifixion and Empire ~ by Rita Nakashima Brock and Rebecca Ann Parker, 2008, religion, 552 pages

During their first millennium, Christians filled their sanctuaries with images of Christ as a living presence-as a shepherd, teacher, healer, or an enthroned god.  He is serene and surrounded by lush scenes, depictions of this world as paradise.  Yet once he appeared as crucified, dying was virtually all Jesus seemed able to do, and paradise disappeared from the earth.  This book turns a fascinating new lens on Christianity, from its first centuries to the present day, asking how its early vision of beauty evolved into a vision of torture, and what changes in society and theology marked that evolution.

The Gospel of Hope sounds so interesting! I am going to add that to my reading list. You made this post on my mother's 97th birthday and she would have loved these books.
She was an avid reader and passed away at the age of 94 in December of 2017. Thank you Bonnie, for your insights.

Who are you, "Unknown" reader? I'm glad you found the books interesting, but now I wonder who you are.

The unknown person was my friend Jane, who said (when I asked): "That was me! That shows how much of a novice I am with posting."