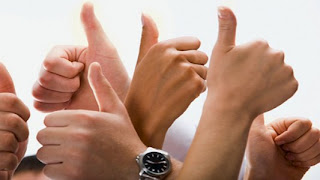 At Hour 12  of Dewey's 24-Hour Read-a-Thon on Saturday (7pm my time), we were offered a mini-challenge called Hodge-Podge Proposals.  Here were the instructions:


List (1) the first name of any character in the book you’re currently reading or just finished, (2) the make or model of your current car, and (3) a job you think would be especially fascinating.  Numbers 1 and 2 become the first and last name of your new character, and 3 is his or her occupation. Now briefly pitch me a new series in the genre of your choice based on this hodge-podge character!

I have no idea where my "story" came from, and I didn't choose to even submit it to the judges, but here's what I wrote and posted on my update at Hour 12 (along with my own comment on my idea):


Lauren Maxima seems an unlikely candidate to become queen of the world, but that's her goal.  For now, she'll settle for president of her fifth grade class.  (Hmm, this needs more thought before I submit it.  If, I submit it.)

On Sunday evening, I was looking over some of the mini-challenges.  Reading the answers posted in the comments of Hodge-Podge Proposals was such fun that I decided to share them with you.  Here's what I want you to do.  Go to Erin's blog, where all the comments were left in response to the mini-challenge, and do one of two things — or both:

(1)  Pick the best of the bunch, in your opinion.  Come back here, and leave the name of the blogger who wrote the one you liked best.
(2)  Write your own pitch for a new series, using the same criteria (see above).  Let's see what YOU come up with.
(3)  Alternately, do both.  What fun!

The winner of Hodge Podge Proposals, drawn at random, was Stacybuckeye, according to the winners list posted at Hour 16.  I'll share my favorite(s) in the comments, too.
Posted by Bonnie Jacobs on 10/25/2011 06:32:00 PM
Labels: challenge

Those are fun, I love the character names that were created. My favorite is the grave digger named David Miatta (by Alexa Loves Books)

I can't pick a favorite - they were all so great! That was one of the more fun mini-challenges, I thought.

That sounds like such a fun beginning for a children's book! I think my girls would love to read a chapter book like that.

Bean, I assume you are talking about my Queen of the World children's book? Since I have no clue where those words came from, neither do I have any idea where to go with them. But thanks for the encouragement anyway. I'll let "Lauren Maxima" percolate in my head and see if she "starts" something. How old are your girls? What age would I be aiming for?