Emmy Rane is married at nineteen, a mother by twenty.  Trapped in a life with a husband she no longer loves, Baby is her only joy.  Then one sunny day in September, Emmy takes a few fateful steps away from her baby and returns to find her missing.  All that is left behind is a yellow sock.  Fourteen years later, Sophie, a homeschooled, reclusive teenage girl is forced to move frequently and abruptly from place to place, perpetually running from what her mother calls the "No Good."  One afternoon, Sophie breaks the rules, ventures out, and meets Joey and his two aunts.  It is this loving family that gives Sophie the courage to look into her past.  What she discovers changes her world forever.

You Are My Only will be published on October 25, 2011.  Beth Kephart, the author of this book, challenged us to a treasure hunt, giving us the rules on September 8.  We were to look for five guest posts she would do.  Each one would tell part of the story about the making of You Are My Only:
These posts would be going up on different days.  Our task was to find all five entries, post them collectively on our own blogs, and send her the link to be entered into the drawing.  Here are the prizes she offered:


Two winners will be selected.  Each will win these two things:  A signed copy of You Are My Only AND a critique (by yours truly) of the first 2,000 words of a work-in-progress.  As many of you know, I teach memoir at the University of Pennsylvania and served as the inaugural readergirlz author in residence.  I have written in multiple genres and critique adult fiction for major U.S. newspapers.  Your manuscript can, I am hinting, be in any genre, save for a screenplay, about which I have absolutely zero expertise.

So here are links to Kephart's guest posts (along with the dates published):

What would happen if I told the story of Sophie as a 14-year-old girl?

Cloris and Helen belong to Sophie. She needs them and their kooky ways, their endless baking, their shiny Airstream, their Alice-in-Wonderland dioramas, their love for Willa Cather—to show her what is kind and good and right in this world. To show her a salvation version of normal.

Below are the first Emmy words I ever wrote, and the fact is, in draft after draft after draft, I barely changed them. "The baby is missing. The baby is not where I had left her—checked the rope and strapped her in, pulled my weight into the branch above, and said out loud, This is good and nice and sturdy."

"But nothing was right. Nothing fit just so. Too grown-up. Too childish. Too familiar. Too obscure."

"What would it have been like to be committed against one’s will in an institution like Byberry?"

Since I am also a published writer, I was very interested in (1) how she came up with the details of this book, and (2) the prize, which includes Kephart's critique of the first 2,000 words of what I'm writing.  (I've gotta be optimistic, here, you know.)  I would love to have Kephart take a serious look at what I'm writing. 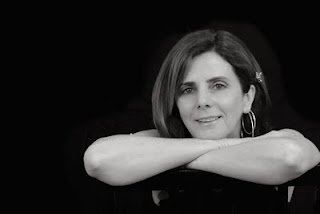 I'll give the last word to Beth Kephart, posted yesterday on her blog:


"I live my quiet writer life knowing this:  stories make their way to the right readers."

Bonnie, good morning, and thank you so much for this. I know how much time it must have taken to search those clues out, and I'm so grateful to you for taking the time (and for this beautiful post). I've officially entered your name into the hat... (gracias)

Beth, it may be more a matter of knowing how to search the web. Just now, I plugged in "guest beth kephart" and got all five on the front page, four at the very top.

Yes, but you took the time. And I am grateful.

Actually, Beth, it was kind of fun.
: )
Thanks for visiting my blog.

I love that she will critique the first 2,000 words, but as a writer with multiple projects, it will be hard to choose which one to give her! :)

This book sounds really good, though frightening to think about as a mom whose daughter is named Sophia!

I may have to get this for my trip to Russia!

Helen, breathe deeply and tell yourself it's a different Sophia.

Jan, it does look great, doesn't it? I haven't read it yet, but I will -- whether I win it or buy it or borrow it from the library some day.