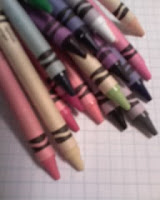 It's been over two weeks since I told you about books that have recently arrived at my house, so I'm overdue to share more titles.  First an update on some from the previous list:


The Wives of Henry Oades by Johanna Moran ~ My friend Donna finished it, gave it back to me, and I finished reading it this morning.  Review to come.

Wait for Me by An Na ~ I still need to write a review for this one.

Independent Dames by Laurie Halse Anderson ~ I reviewed it Friday, along with a tribute to the most "independent dame" I've ever met.

When You Reach Me by Rebecca Stead ~ I read it, but haven't figured out what to say in a review.  Excellent YA book!

Donna and I live in the same block, so we ordered our books together to save on shipping.  They were delivered to my door this morning.  Mine is Out of My Mind by Sharon M. Draper, a 295-page YA book about a wheelchair-bound ten-year-old girl with cerebral palsy, who is unable to walk, talk, or write.  She has been stuck inside her mind all her life -- until now.

Hers is Rediscovering Values: On Wall Street, Main Street, and Your Street by Jim Wallis.  Rather than joining the throngs who are asking, When will this economic crisis be over? Jim Wallis says the right question to ask is How will this crisis change us?  I will probably read this one when Donna finishes it.

From the library stacks

Keeping Corner by Kashmira Sheth is set in India during the time of partition.  Twelve-year-old Leela was engaged at two, married at nine, and about to move in with her husband's family, when her fiance died.  Now she'll have to be confined to her house for a year ("keep corner") in preparation for a life of mourning a boy she barely knew.  Sounds interesting.

Olive Kitteridge by Elizabeth Strout, on the other hand, wasn't as good as I expected (yes, I've already finished reading it).  Lots of folks seem to like his one, but I just wanted to finish it so I could move on to something else.

I posted a teaser for Infidel, a memoir by Ayaan Hirsi Ali, before I actually had the book in hand.  When the book came out in 2007, I was very curious about it because she championed free speech in spite of threats from Muslims.  She was raised in Somalia, Saudi Arabia, and Kenya and now lives in the Netherlands.  It sounds perfect for the Women Unbound challenge.  But I never got around to reading it.

A Thousand Splendid Suns by Khaled Hosseini is another book that was published several years ago.  I'd been told it's even better than The Kite Runner, but so far I haven't been quite ready to jump back into the fray in Afghanistan.  Maybe this time.

I posted a teaser for The Help last week.  This novel about Mississippi women and their "help" in the 1960s is one of the best books I've read lately.  I was totally engrossed and wondering if the violence that maimed and killed so many would also strike any of the main characters in the novel.  I'll post a review soon.

Because Gail Collins's When Everything Changed was so good (see my review), I checked out her earlier book about America's Women: 400 Years of Dolls, Drudges, Helpmates, and Heroines.  It looks like one I really must read, eventually, but at 556 pages it's a big ole book and I may wait until a later time to savor what's in it.
Posted by Bonnie Jacobs on 3/30/2010 05:55:00 PM
Labels: books, Laurie Halse Anderson, new crayons, women unbound

I liked both Keeping Corner and Olive Kitteridge, though they are SO different! I have A Thousand Splendid Suns and The Help on my TBR! Enjoy!

Although it is from last year, I think you may find my book review useful. I come from a Muslim perspective and review Ayaan's works. The link is here ... it is good to hear other opinions and ideas.

Hope you find it interesting.