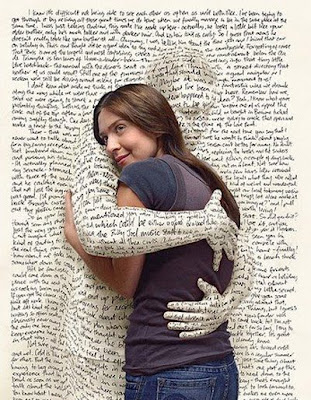 I'm a book lover who has found some more books I think I'd love.  I went looking for a picture to illustrate this post and found one more perfect than I could have imagined.  I ran across it on a science blog, followed it to this blog, and again to this one, which I couldn't read.  The earliest blog calls the image "literary hug," but I had already saved it as "book lover."  I don't know who the woman is, but I love this picture!  Now that THAT is settled, let me share the books I am lusting after today.  March is women's history month, so all of these books relate to women. 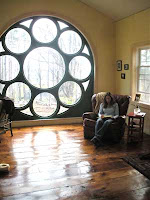 First is a children's book by one of my favorite writers, Laurie Halse Anderson.  Abby (the) Librarian wrote a great review about Independent Dames: What You Never Knew About the Women and Girls of the American Revolution by Laurie Halse Anderson, illustrated by Matt Faulkner.  Laurie wrote a guest post this week about her writing that has a photo of her cottage "in the forest" (which I've shared here, at the left).  And I ... well, I put Independent Dames on hold at my library, so I'll tell you more about it after I have read it.  This much I do know already, that women did much more during our war for independence than we have been told.  One example:  Paul Revere rode 16 miles to spread the word, but 16-year-old Sybil Ludington rode 40 miles through the night to warn American militia of a British attack.  Why isn't she in our history books?

I found the next one in the March issue of Bookpage (p. 31) and may have to buy it, unless my library has it on order.  Published this month, Out of My Mind by Sharon M. Draper looks great!  According to Bookpage, wheelchair-bound Melody Brooks has cerebral palsy.  Here's the synopsis from BN.com:


"Melody has a photographic memory. Her head is like a video camera that is always recording. Always. And there's no delete button. She's the smartest kid in her whole school, but no one knows it. Most people -- her teachers and doctors included -- don't think she's capable of learning, and up until recently her school days consisted of listening to the same preschool-level alphabet lessons again and again and again. If only she could speak up, if only she could tell people what she thinks and knows ... but she can't, because Melody can't talk. She can't walk. She can't write. Being stuck inside her head is making Melody go out of her mind -- that is, until she discovers something that will allow her to speak for the first time ever. At last Melody has a voice ... but not everyone around her is ready to hear it. From multiple Coretta Scott King Award winner Sharon M. Draper comes a story full of heartache and hope. Get ready to meet a girl whose voice you'll never, ever forget." 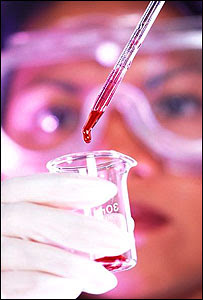 The next one is The Madame Curie Complex: The Hidden History of Women in Science by Julie Des Jardins, published March 1st.  I found this photo in an article, appropriately enough, entitled Female scientists undervalued.  This book is about women's contributions to science and how they have been ignored.  Des Jardins said,


"To succeed in men's fields, women couldn't be themselves; they had to perform better than men."

N. Peart ("book gobbler") wrote a review on Amazon.com about this book that says, in part:


"Every day at the bookstore where I work I have to stare at the cover with a photograph of Francis Crick. I do not enjoy it. If you do not know who Francis Crick is then you should read The Madame Curie Complex. Francis Crick is only a small part (ultimately in the history of science a big part) of one of the many stories of men getting credit for women's work and great women scientists who were undermined or not recognized for their scientific successes."

Men taking credit for women's work.  That sounds like what I read in Remarkable Creatures by Tracy Chevalier, a book that I need to review soon.  I'll try to write that review in the next day or two, maybe today.  It's a book about Mary Anning, a real woman, who made five major fossil discoveries and inspired the tongue twister "She sells sea shells by the seashore."  That's a picture of Mary Anning at the left.  I posted a teaser about Remarkable Creatures a month ago.