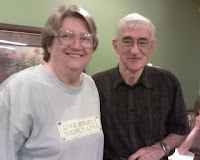 This past weekend I attended a series of lectures by John Dominic Crossan on "Paul and the Justice of Equality." Most of what he presented is in his latest book The First Paul, which he co-authored with Marcus J. Borg. What he said reinforced what I had read.

To begin with, Paul is a controversial figure whom some find appealing and others find appalling. I used to be in the latter camp, appalled by Paul's pronouncements on women, for one thing. Years ago, however, I learned that Paul is not responsible for much that was written in his name. It was a common practice in the first century CE (Common Era) to write what you might expect a person to say, if he were still around to do it. Thus, Paul didn't actually write about half the stuff with his name on it. In The First Paul, Borg and Crossan sort the New Testament epistles** attributed to Paul into three groups:


(1) 7 genuine letters ~ written by the radical Paul, himself

This book is about the "first Paul" in the list above because he's really the only Paul. The authors call him the radical Paul because his ideas are as radical as those of Jesus. The conservative epistles were written later by others who wanted to bring Paul's ideas more in line with the way most people think. The third group, the reactionary epistles, reshaped Paul's ideas as the writers reacted by "correcting" Paul's meanings completely.

The authors call Paul radical in the subtitle: The First Paul: Reclaiming the Radical Visionary Behind the Church's Conservative Icon. What was so "radical" about Paul? What I quoted for last week's Teaser didn't sound at all radical. Their answer:


"Paul's message challenged the normalcy of civilization, then and now, with an alternative vision of how life on earth can and should be. The radical Paul, we are convinced, was a faithful follower of the radical Jesus" (p. 19).

"Normal" was the Roman way of doing things, and Romans had figured out that the way to peace was through war. Their religion led to war, which led to victory, which led to peace: 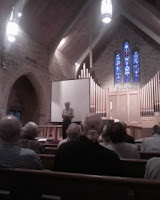 "Rome embodied the wisdom of this world -- the normalcy of this world, the way life most commonly is, the way things are. ... The few dominated the many -- and they achieved their domination through violence and the threat of violence" (p. 135).

"Paul called his hearers to center their lives in God as known in Jesus rather than accepting and living by the wisdom of this world. This is the path of personal transformation" (p. 136).

NOTE: Crossan touched on some of these ideas last year, when he lectured on empires and the moral and ethical call to oppose unjust superpowers. At that time his most recent book was God and Empire. Click on the book title to read that short report.
Posted by Bonnie Jacobs on 9/21/2009 11:15:00 PM
Labels: book review, John Dominic Crossan, Marcus J. Borg

Since I attended this same lecture after reading this excellent book, I concluded that Paul should have been the "Rock" on which the church was built instead of Peter. Poor Paul has gotten a rotten deal for all these centuries! Paul was truly the radical follower of Jesus that the world needed and needs.
Excellent review, Bonnie.

Thank you Bonnie! My notes were not very thorough from the lectures, and your review clarified several things... Donna, when you wrote "Rock" I was reminded of being in Athens and seeing a large rocky hilltop just below the Acropolis. According to legend, Paul taught on that rock.

I'm glad it was helpful, Diana. I've added a footnote to this post, about hearing Crossan last year:

Crossan touched on some of these ideas last year, when he lectured on empires and the moral and ethical call to oppose unjust superpowers. At that time his most recent book was God and Empire. Here's where you can read that short report: