The title says it all: family matters. We could take it either of two ways, as an assertion that family DOES matter, or that the book takes a look at family business, family stuff. This book says both. And reading it made me consider both aspects of my own family. Having been through major surgery earlier this year, I could empathize with 79-year-old Nariman Vakeel, who had Parkinson’s disease and a broken ankle, because neither of us could take care of ourselves. He was totally dependent on his family in a way I never was, because of his broken ankle, but I could certainly relate to his feelings. He ended up in the home of his daughter Roxana, her husband Yezad, and their two sons, all crowded into a small home in Bombay. I could also relate to Yezad, who was fascinated by photographs his boss showed him, old photos of Yezad's neighborhood:


"The photographs had made him [Yezad] aware how much the street and the buildings meant to him. Like an extended family that he'd taken for granted and ignored, assuming it would always be there. But buildings and roads and spaces were as fragile as human beings, you had to cherish them while you had them" (p. 197).

I don't have the photos that Yezad studied, but I have photos of my town, Chattanooga. This one is dated 1942, when I was two years old. 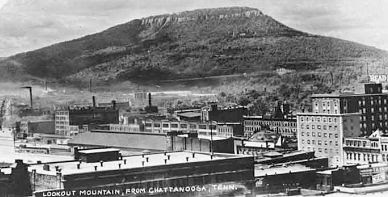 It looks nothing like Chattanooga today, except of course for Lookout Mountain in the background serving as an orienting landmark all of my life. Everything changes as buildings are demolished to make room for new ones, as dying parts of town come back to life and new businesses crop up. "The way things used to be" is a fragile sort of thing, as the quote above says. 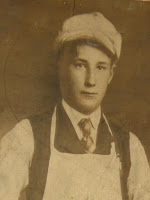 Yet looking at our old photos sparks memories and, sometimes, helps us see new things. This photo of my grandfather when he was sixteen reminds me of my recently married grandson, the high forehead, the nose, the eyes. I am amazed at the resemblance. My grandfather -- William Elmer Setliffe, Sr. -- died in 1944, when I was only four and the town still looked a lot like that photo of Chattanooga above.

Let me close with two more quotes from the book. Both are from Yezad's boss:


"Everyone underestimates their own life. Funny thing is, in the end, all our stories -- your life, my life, old Husain's life, they're the same. In fact, no matter where you go in the world, there is only one important story: of youth, and loss, and yearning for redemption. So we tell the same story, over and over. Just the details are different" (p. 197).

"From three pictures, so many memories. And this can happen with every single photo -- each one conceals volumes. All you need is the right pair of eyes," he made the gesture of turning a key, "to unlock the magic" (p. 197).

Thanks for the review, Bonnie. I love the way you related the book to your own experience.

I'm going to have to look for this one at the library. I read his book, A Fine Balance, years ago and liked it very much.

Beth, I really liked A Fine Balance, so I tried to decide if I liked it better than this book. I couldn't decide, so I didn't mention it in the review. It's probably been too long to "rate" the earlier book without re-reading it.

I loved A Fine Balance and have Family Matters here to read, some day. I really must get to it, as I expect to like it a lot.
thanks for the review - nice blend of impressions of the book, and basic plot. It gave me the sense you had of reading it, and makes me want to read it too.