Beginning ~ with the news 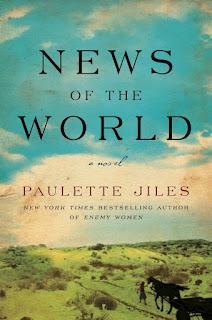 Captain Kidd laid out the Boston Morning Journal on the lectern and began to read from the article on the Fifteenth Amendment.  He had been born in 1798 and the third war of his lifetime had ended five years ago and he hoped never to see another but now the news of the world ages him more than time itself.

Summary of the book:


In the aftermath of the Civil War, Captain Jefferson Kyle Kidd drifts through northern Texas, giving live readings from newspapers to paying audiences hungry for news of the world.  An elderly widower who has lived through three wars and fought in two of the, the Captain once made his living as a printer, until the War Between the States took his press and everything with it.  Now, at seventy-one, he enjoys the freedom of the road, even if his body aches and money is scarce.  At a stop in Wichita Falls, Captain Kidd is offered a fifty-dollar gold piece to deliver a young orphan to her relatives near San Antonio.  Four years earlier, a band of Kiowa raiders viciously killed Johanna Leonberger's parents and sister; sparing the little girl, they raised her as their own.  Recently recovered by the U.S. Army, the ten-year-old with blue eyes and hair the color of maple sugar has once again been torn away from the only home and family she knows. 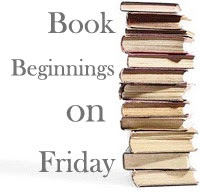 Would the first few lines of your book make you want to read on? If you would like to share the first lines of a book you are reading, click on the link and visit Gilion at Rose City Reader for today's Mister Linky.
Posted by Bonnie Jacobs on 1/26/2018 02:30:00 PM
Labels: book beginnings