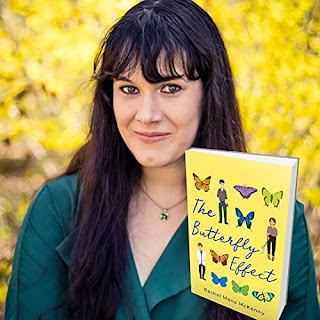 I came across the word "Mothra" as I started reading my new book and had not even the slightest idea what it was or what it meant.  Here's the sentence:

So I looked it up and learned that Mothra is a fictional monster that first appeared in the 1961 film Mothra.  The character is part of the Godzilla franchise, typically portrayed as a colossal sentient larva (caterpillar).  Okay, not something that I've ever been interested in.  Are readers just supposed to know that stuff?  Now I wonder if I should give up on the new book right now and pick another or keep reading.

I just learned that today is National Dork Day.  It's a day to celebrate all things dorky.  According to this article, dorkiness is cool now.  And this illustration I found says folks celebrated geeks a couple of days ago. 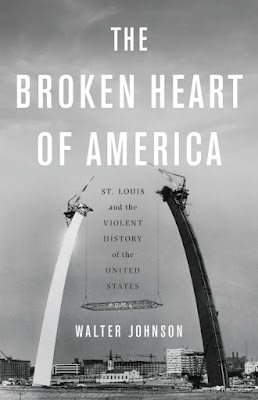 I read that there will be an online author talk at a branch library near me.  The book is about St. Louis, where I now live and looks interesting, so I put it on reserve at my library.

The Broken Heart of America: St. Louis and the Violent History of the United States ~ by Walter Johnson, 2020, history, 528 pages.  From Lewis and Clark's 1804 expedition to the 2014 uprising in Ferguson, American history has been made in St. Louis.  The city exemplifies how imperialism, racism, and capitalism have persistently entwined to corrupt the nation's past.  St. Louis was a staging post for Indian removal and imperial expansion, and its wealth grew on the backs of its poor black residents, from slavery through redlining and urban renewal.  But it was once also America's most radical city, home to anti-capitalist immigrants, the Civil War's first general emancipation, and the nation's first general strike — a legacy of resistance that endures. 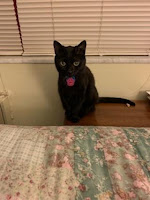 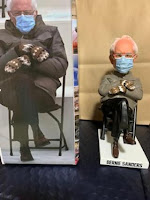 Random photos I took this week:  The first one shows Clawdia wearing her name tag, with her rabies tag hidden behind it.  And do you remember when Bernie became a meme and was showing up in all sorts of places back in January?  Now Bernie is a bobblehead (shown beside the box it came in).  No, I didn't buy it, but a friend did.
Posted by Bonnie Jacobs on 7/15/2021 07:45:00 PM
Labels: Clawdia, Donna, Thursday Thoughts