Born to Win ~ my telephone story

I remember a day when I was reading a book while eating lunch at my desk and ran across an intriguing sentence:  "If you had only one hour to live, what would you do?" That same day, I wrote what I now think of as the telephone story, describing what I thought I might do in that situation.

The book was Born to Win, and I had spotted it when I went out to grab a sandwich. From other thoughts I associate with that day, like taking my lunch and the book back to my tenth-floor office in the Chattanooga Bank Building, I think it may have been 1979.  I was enjoying the book, not reading it straight through, but finding bits here and there that grabbed my attention.  When I came across the question, "If you had only one hour to live, what would you do?"  I thought, What, not even a whole day?

One of the possibilities that occurred to me was having my sister Ann spend that hour with me.  She and I had decided years earlier that the one who died first would try to "appear" to the other.  Yeah, I thought, I'd spend my last hour with Ann.  So before the lunch hour ended, I picked up the phone on my desk and called her.  The line was busy:  "Brrrtt, brrrtt, brrrtt." I was stymied when I tried to "reach out and touch someone" as the phone company's slogan suggested.  After my lunch break I got back to work, occasionally dialing Ann's number again.  "Brrrtt, brrrtt, brrrtt."  Over and over I got that busy signal and wondered who on earth she could be talking to for so long.  Late in the afternoon I had one of those lightbulb moments when I realized, "I wasted the final hour of my life trying to call Ann!"  If I'd truly had only one hour to live, I would have spent it unsuccessfully attempting to get through to my sister.  I would have died alone!

After work I drove straight to Ann's house and learned that rain had knocked out the phones in her area.  Water in the system caused a problem and the lines were out.  Ann had not been talking an inordinately long time; she was marooned by a faulty phone line.  And thus I "died" alone.

There's a metaphor in this story! 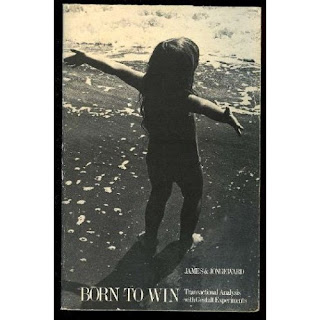 Wow! I am so glad you drove to your sisters to check up on her. How nice that you lived close enough to one another. I have no idea what I would do with one hour left. Oh wait, I'd sit and hug my daughter

My children were in their teens at that time, so the truth is that I would have chosen to be with them -- or my mother, who lived with us -- if I'd really been dying. My sister, who lived 20-25 miles from me (I worked downtown, between our homes), had three children and a husband, so I wasn't exactly checking up on her as much as wondering what was going on.