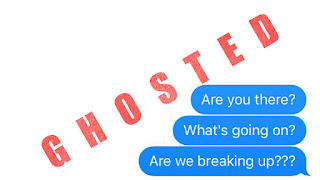 
1.  the appearance of a ghost or secondary image on a television or other display screen.
2.  the practice of suddenly ending all contact without explanation, especially in a romantic relationship (as above), though it has also been happening more and more often in job situations (like this example). 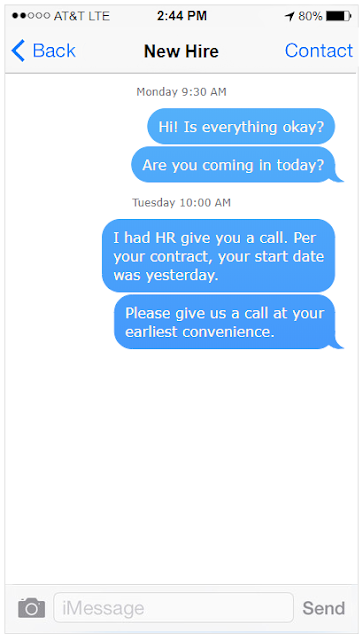 I read that Gen Z individuals, currently aged 8 to 23 years old  — the youngest generation entering the workforce — take a job and don't show up, or they quit a job and don't bother to let their employer know.  I learned that when I looked up "ghosting" to try to understand what I was reading. 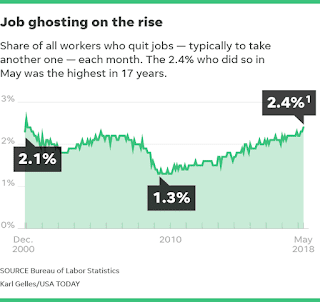 So people are ghosting employers now, as well as dates.  A 2018 article says it's partly because of a strong job market, where job candidates have more options.


"While no one formally tracks such antics, many businesses report that 20 to 50 percent of job applicants and workers are pulling no-shows in some form ... To some extent, employees are giving employers a taste of their own medicine. During and after the Great Recession of 2007 to 2009, when unemployment reached 10 percent, many firms ignored job applicants and never followed up after interviews."

Have you ever ghosted someone or a company?  Have you ever been ghosted?  Tell me about it.  It's so far out of my experience that I couldn't have dreamed it up.  I guess I'm old ... and old-fashioned.
Posted by Bonnie Jacobs on 2/12/2020 12:01:00 AM
Labels: Wednesday Words

So interesting. As a teacher in our district, we sign a contract that runs July 1 to June 30 when we get hired. W have teachers who quit the day school starts, 2 weeks in, etc. It just seems crazy to me that people don't take a job more seriously.

"Per your contract, your start date was yesterday." (See above.) Even signing contracts apparently means nothing to some of the younger people. I didn't know there was a WORD for it, and now I know.