Beginning ~ when Kate was alseep 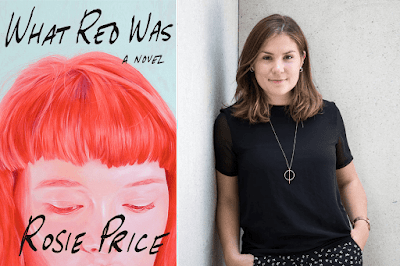 "Kate was sleeping when he knocked on her door.  It was early, not yet six, and the sound of banging continued until she was out of bed."


When Kate Quaile meets Max Rippon in the first week of university, so begins a life-changing friendship.  Over the next four years, the two become inseparable.  For him, she breaks her solitude; for her, he leaves his busy circles behind.  But knowing Max means knowing his family:  the wealthy Rippons, all generosity, social ease, and quiet repression.  Theirs is a very different world from Kate’s own upbringing, and yet she finds herself quickly drawn into their gilded lives, and the secrets that lie beneath.

Until one evening, at the Rippons home, just after graduation, her life is shattered apart in a bedroom while a party goes on downstairs.  This is an incisive and mesmerizing novel about power, privilege, and consent — one that fearlessly explores the effects of trauma on the mind and body of a young woman, the tyrannies of memory, the sacrifices involved in staying silent, and the courage in speaking out.  And when Kate does, it raises this urgent question:  Whose story is it now?

I put this book on reserve on February 5th because Nancy the Bookfool reviewed it, and I just got it yesterday.  Who was banging on that door?  Max, as it turned out.  Why?  Because he was locked out of his dorm room.


"Standing outside was a boy wearing only a towel, his skin still wet from the shower."

And that's how they met, on the first page of the book, during their first week in college.

Just as I read the line about the banging on the door, my dog abruptly started barking. I just about jumped out of my skin. Though, as I read one, it sounds like your banging door isn't malicious. My Friday Quotes

LOL, no, not malicious at all. Just two kids in their first week of college, him banging on her door for help.

Good beginning. It sounds like a stressful story. And maybe too similar to my work for me to enjoy it. I work with sexual abuse and assault survivors. I usually look for books about other topics.