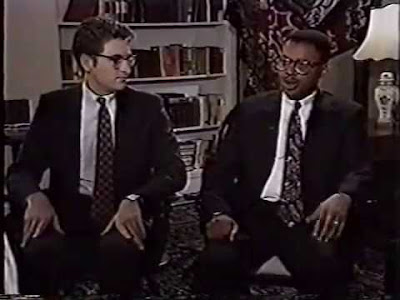 A PrimeTime investigation showed how racial bias comes into play in numerous interactions when two friends with virtually the same Big Ten collegiate educational background both go shopping and house hunting.  The African-American man is consistently ignored and talked down to by store clerks and car salesmen, while his white counterpart is greeted and glad handed at the same department stores and dealerships.  An undercover news TV crew captures instances of housing, job discrimination, and other racial bias in this thought provoking bit of investigative journalism conducted in St. Louis, Missouri.  It aired on September 26, 1991.  The report is now in two parts on YouTube.