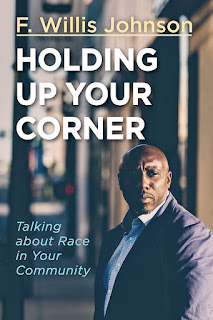 Holding Up Your Corner: Talking about Race in Your Community ~ by F. Willis Johnson, 2017


This book equips pastors to respond with confidence when crises occur, lower their own inhibitions about addressing this topic, and reclaim their authority as prophetic witnesses and leaders in order to transform their communities.  Preachers want to be preaching prophetically on racially rooted injustice in their communities, but the problems seem irreversible, intractable, and overwhelming.  They do not know what to do or how to begin.  And so, even during times of crisis, pastors and other church leaders typically do less than they know they could and should.  This book provides practical, foundational guidance, showing pastors how to address injustice.  The phrase "holding up your corner" comes from Mark 2: 1–5 in which four people take action in order to help another person.  When we feel empowered to speak out about the injustice or inequity in our community, we are holding up our corner.  When we step up to meet a particular problem of injustice or inequity and proactively do something about it. 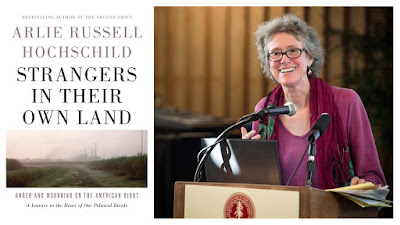 Strangers in Their Own Land: Anger and Mourning on the American Right ~ by Arlie Russell Hochschild, 2016


Hochschild embarks on a journey from her liberal hometown of Berkeley, California, deep into Louisiana bayou country, a stronghold of the conservative right.  As she gets to know people who strongly oppose many of the ideas she famously champions, Hochschild nevertheless finds common ground and quickly warms to the people she meets.  She goes beyond the commonplace liberal idea that these are people who have been duped into voting against their own interests.  Instead, she finds lives ripped apart by stagnant wages, a loss of home, and the elusive American dream.  Political choices make sense in the context of their lives.  Hochschild helps us understand what it feels like to live in "red" America and answers the crucial question:  Why do the people who would seem to benefit most from "liberal" government intervention abhor the very idea?