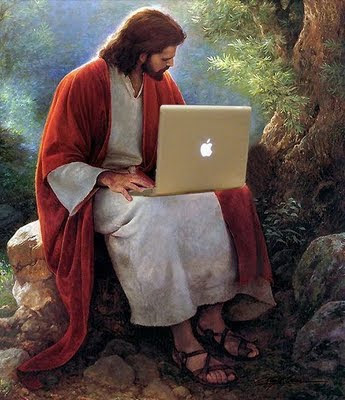 HEAVEN — Calling the Holy Trinity "overstaffed and over budget," God announced plans Monday to downsize the group by slowly phasing out the Holy Ghost.  "Given the poor economic climate and the unclear nature of the Holy Ghost's duties, I felt this was a sensible and necessary decision," God said.  "The Holy Ghost will be given fewer and fewer responsibilities until His formal resignation from Trinity duty following Easter services on April 20.  Thereafter, the Father and the Son shall be referred to as the Holy Duo."

Haha...thanks for the laugh, Bonnie! I used to read The Onion all the time. I missed this news, though. :-)

Beth, I'm glad you got a laugh out of it.

Zorro, were you offended by this? I think it's good when we Christians are able to laugh at ourselves, unlike the Muslims who riot because of cartoons.

I read Flannery O'Connor's short story and still don't know what to make of the Holy Ghost story, since the young girl seems to have misunderstood what she heard. Zorro, I'm going to assume you mean "temple" in the same sense I understand it, making each person a worthwhile human being.