Synopsis of Whatever Happened to Janie? (1993): "No one ever paid attention to the faces of missing children on milk cartons. But as Janie Johnson glanced at the face of the little girl who had been taken twelve years ago, she recognized that little girl -- it was herself."

Bauer's On My Honor is one of my favorite YA novels, so I'm excited to find another.  Synopsis of this one:  "Picked on at school by bullies, 13-year-old Michael confronts his fears during a trip to Colorado to visit his father, a whitewater rafting guide whom Michael hasn't seen in eight years."

Synopsis:  "Bobby Phillips is an average fifteen-year-old boy. Until the morning he wakes up and can’t see himself in the mirror. Not blind, not dreaming—Bobby is just plain invisible. There doesn’t seem to be any rhyme or reason to Bobby’s new condition; even his dad the physicist can’t figure it out. For Bobby that means no school, no friends, no life. He’s a missing person. Then he meets Alicia. She’s blind, and Bobby can’t resist talking to her, trusting her. But people are starting to wonder where Bobby is. Bobby knows that his invisibility could have dangerous consequences for his family and that time is running out. He has to find out how to be seen again—before it’s too late."

This is a collection of short stories about "people who love, lose, and try again." I don't know what attracted me to this one, since I don't often read story collections.

City of Light, City of Darkness is a graphic novel (1993).  The story is by Avi (an author I have met), and the art is by Brian Floca.  I probably won't review this book because it simply seemed silly to me.  There's no depth, and I couldn't figure out why people would do the things they did.

The Closed Circle: An Interpretation of the Arabs ~ by David Pryce-Jones, 1989.

Synopsis:  "This important book explains how Arabs are closed in a circle defined by tribal, religious, and cultural traditions. David Pryce-Jones examines the tribal forces which, he believes, drive the Arabs in their dealings with each other and with the West. In the postwar world, he argues, the Arabs reverted to age-old tribal and kinship structures, a closed circle from which they have been unable to escape, and in which violence is systemic. A healthy corrective, a thought-provoking study." -- David K. Shipler, New York Times Book Review 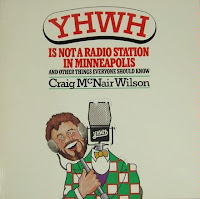 And finally, a little religious humor with YHWH Is Not a Radio Station in Minneapolis by Craig McNair Wilson, 1983.  "YHWH" are the Hebrew letters for the name of God.  This book plays with the alphabet, like a children's book of ABCs. 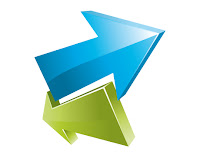 TALK BACK
Do you ever shop at independent bookstores?  If so, tell me about your favorite independent, owner-operated bookstore.
Posted by Bonnie Jacobs on 2/06/2011 02:06:00 PM
Labels: bookstore booty, talk back

I try to only shop at my local independent bookstore (or Amazon for my kindle books). I LOVE Chaucer's!