Some Snoopy stuff ~ and a book, of course! 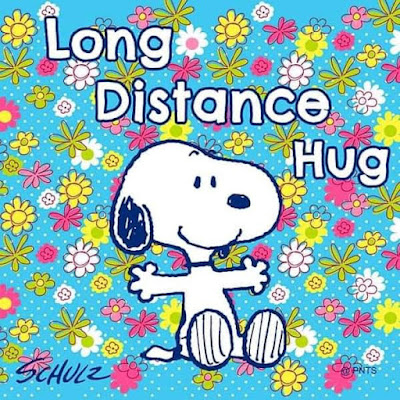 This is for my favorite daughter-in-law, who happens also to be my ONLY daughter-in-law.  I tried to put a hug on Facebook where we were chatting, but it didn't work.  So I had to put it here, on my blog, then share the link on FB.  It gets complicated, doesn't it? 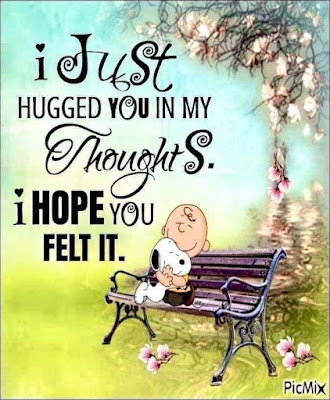 And now I've found another Snoopy hug, this one where I hugged you in my thoughts! 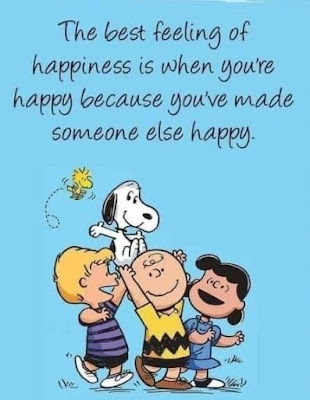 I've learned that people enjoy doing nice things for each other.  Sometimes, it's harder to allow others to feel good about doing things for me, but I'm still learning.

How is it August already?  Yes, it's HOT enough, but the days seem to fly by.  A friend gave me a ride over to the grocery store to get Meow Mix Hairball Control food for my cat, even though I have it on order.  Why?  Because I was completely OUT and delivery wouldn't be for another two days.  Oh, the things we do for the pets we love! 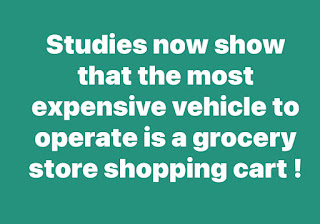 Why am I showing you this right now?  Because I did NOT stop at Meow Mix, of course not!  I also picked up a few other things as I hurried through the store.  Yes, I admit it.
BOOK UP NEXT

Megan Sawyer is determined to farm year-round.  So much so that she braves a December snowstorm to pitch her fresh greenhouse greens to Philadelphia chefs.  And then she sees a stranger stranded on the side of the road.  But this woman is no stranger; it’s Becca Fox, a love chemist (you read that right).  She’s headed to her aunt’s house to sell her love potions at holiday events.  Or so Becca thinks.  Her sneaky aunt only invited Becca home to reunite her with her estranged father.  It sounds noble and kind-hearted, until the man ends up dead.

Megan soon finds herself in the middle.  She realizes Becca’s not the only one getting iced over.  Megan’s own aunt, the famous mystery author, is dragged into the drama.  Her novels implicate her, and she’s in trouble.  Now it’s personal.  Our Megan must follow a cryptic trail of literary clues, all while sifting through the victim’s sordid past.  She gets closer to the truth as the murderer gets closer to her.

I often find I have to first post pictures on my blog before I can link them to a book review on Goodreads. Crazy!

Target and Costco are my downfalls. I go in for one item and at the register discover the bill is over $100. How does that happen? Those two stores have items that just jump off the shelves into my cart. :-)