Simon @ Stuck in a Book has put together a quiz called Bible or Bard?  Here's what Simon says:


"23 April, as every schoolchild knows, is probably the birthday, and definitely the deathday, of England’s most famous writer:  William Shakespeare, often known simply as the Bard.  (We don’t know his exact birth date, but he was baptized on 26 April, and it lends his life an appropriately poetic balance to assume he was born and died on the same day.)"

You did, of course, know that Shakespeare is known as the Bard of Avon, right?  Anyway, take the quiz and let me know how well you did in choosing whether the words were from William Shakespeare or the King James Bible.

Instead of book beginnings, that I often do on Fridays, this is the ending of The Outcasts of 19 Schuyler Place.  The final words of the book, copied from page 296.


So the history of the towers has not come to an end.
But the telling of it must.
Here.
Now.

Oooh, this resonates with me, and I really really must use it myself.  Now.  Because E. L. Konigsburg has died, here's how I read those lines.


So the telling of stories has not come to an end.
But stories from E. L. Konigsburg have.
Here.
Now.

And the world is poorer for it.  May she rest in peace, even as the stories she published live on. 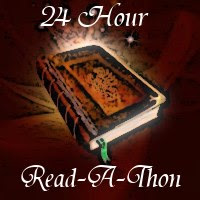 Yesterday, I took part in the 24-Hour Readathon.  It had already started when I caved in and signed up.  It's going still, for eight more hours after I have this scheduled to post automatically.  Here's what I've been reading (I may add to this list before it's over): 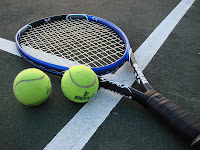 My inner word-nerd weeps in despair.  Yet maybe it isn't as bad as it seems.  Maybe we can blame technology for some (most?) of these word mistakes, based on comments like this one on Facebook, which was followed by its own correction:

The next sentence said it all:  "Whole ... iPad touch screen and I are on the verge of a breakup!"  I find my touch screen annoying, too.  Others may have a problem with auto-correct.  I wouldn't want a machine to automatically change what I type.