When I decided to do the Women Unbound reading challenge, I needed to pick books related to feminism.  I started making a list and checking it twice -- well, probably checking it a half dozen times before I wrote about my eight choices (though I reserve the right to change my mind -- again).  This is my longer list, if anyone needs good ideas for books that fall under the "women's studies" label.

CHILDREN'S (because we're all children at heart) 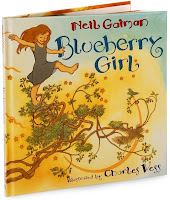 Two missing that had an impact on me are: The Women's Room by Marilyn French and The Awakening by Kate Chopin.

Both very good books, and I've read them both. I'll go back and add them to my list. Thanks, June.

wonderful list! There are quite a few I want to know more about. I'm rereading Mrs. Dalloway soon for this challenge AND the Woolf in Winter.

Thanks so much for listing my book "Eleanor vs. Ike" which is the fictional story of what would have happened if Eleanor Roosevelt ran for President in 1952 against Eisenhower. No spoiler on who wins!

Oops! Sorry, Robin, in making my lists I see that I accidentally put your novel, Eleanor vs. Ike, in the wrong category. I will correct my mistake right now by editing my post. Thanks for writing such a wonderful book -- I have always admired Eleanor Roosevelt and all she accomplished. I'll get a review of the book posted during the Women Unbound reading challenge.