When we read a book, we always bring to the task whatever is going on in our lives at the moment.  I read this book through the lens of feminism because I am taking part in the year-long reading challenge called Women Unbound.  This novel turns out to be perfect to kick off the project because I could see in it so many things happening to Nan (the protagonist) that women over the years have struggled with as they try to get a handle on what Betty Friedan called "the problem that has no name."  I started exploring that "problem" last week when I pulled a teaser quote from this book:


"And then I went to the bookstore, to the poetry section, to find something about the beauty of older women and I found nothing" (p. 23).


In our youth-obsessed culture, elderly women are not much noticed.  But women can feel diminished at any age.  The chapters of this book alternate between letters Nan wrote to her husband, Martin, after she ran away and entries she added to a journal she kept of her rambling journey to nowhere in particular.  Here, she's thinking about occasions when a woman feels diminished because she is being ignored: 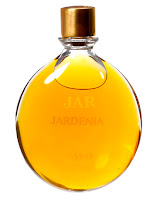 "Not long ago, I saw a woman in a drugstore pick something up in her hand, delighted, and hold it out toward her husband.  It was just a perfume bottle, but the shape of it was lovely.  "See this, hon?" she said.  And the man said, "Yeah," but he had his back to her and was walking down the aisle away from her.  The woman put the thing back, diminished" (p. 38).


Nan realized later that she had lost herself, which is another way of feeling diminished.  Here's what she wrote in a letter to her husband:

"When I got to the grocery store, the oddest thing happened.  I found it very, very difficult to buy anything.  I would pick something up, then think, no, it's Ruthie who really likes pineapple.  No, Martin is the one who loves London broil.  I wanted to get something special, ... but everything I picked up, I put back.  Finally, I leaned against the dairy case and thought, well, come on, Nan, what do YOU really, really like?  And then I thought, my God, I don't know.  I've forgotten" (p. 160).


And women are left out of the history books, as Nan noticed:


"It seems to me that the working minds and hearts of women are just so interesting, so full of color and life.  And one of the most tragic things I've seen is the way that's been overlooked, the way that if you try to discover what the women were doing at any given time in history, you are hard pressed to find out.  Why?" (p. 90).


When I was in school in the 1940s and 1950s, history lessons were all about men.  We had to memorize dates related to kings and wars and when Columbus "discovered" America (he "sailed the ocean blue" in fourteen hundred and ninety two, in case you've forgotten).  If a woman was mentioned, she was part of a pair (and was always listed second), as in Ferdinand and Isabella, the monarchs who sent Columbus west to discover a trade route to India.

Aging is difficult for many women, maybe all of us.  Sometimes it's the physical aspects of aging that seem most troublesome.


"A woman a bit older than me told me she recently found a hair under her chin and it terrified her so much she got in her car and drove for fifty miles -- nowhere, just around in circles.  It was a black hair, she said, stiff as a whisk broom.  When she came home she locked the bathroom door and got out her eyebrow tweezers and pulled the thing out.  She said she looked at it for a long time, and then she flushed it down the toilet -- flushed it twice.  After that she spent a good fifteen minutes checking her face for more hairs. ... It's so humiliating, she told me.  It's like you're being punished for something and you've no idea what you've done wrong except age" (pp. 148-149).

I have added your blog to my list of "Other Book-Bloggers" on my blog. I hope that's ok with you! Thanks- Michelle G.
http://thenext100books.blogspot.com/

I love your observations on reading this book. I was really struck by the quote which said Nan had forgotten what it is she likes, and how you go on to the point about women in history. It really struck me how women's voices become lost, sometimes even to ourselves. Thank you for sharing.
-Jade @ Tasting Grace (http://jadekeller.com)

This is a FABULOUS post. But really sad. I think it's so easy for people (perhaps more for women?) to define themselves by the other people in their lives, and it looks like this book really highlights that. That's so sad.

I have never read Elizabeth Berg but I want to as she's a Chicago author :-)

Amazing review. I've heard of this author, but have never read any of her books. I'm going to now. this one looks great. Your insights were, well, insightful! Thanks!

Wonderful Review! I am adding this to my list.

I found this post from Sheila's Berg Fest Linky List. I love everything by Berg...and Pull of the Moon was a fabulous read.

Your excerpts perfectly illustrated the essence of the story...and how we are diminished as females. Especially aging females.

Now I'm going to reread this book, because I liked how it made me feel. Thanks for reminding me of that feeling!

I love this review! With the passages you reminded me why I need to reread this one!