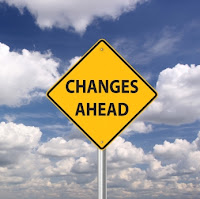 
"Change is hard ... change is usually a big effort.  For this Friday Five, please answer these five questions about change."

1)  Have you ever looked at yourself in the mirror and seen yourself with surprise?  Why?


Sure!  My eyes still think I'm 18 and thin.  Or maybe 35 and still walking with great confidence as if I expect someday to be "in control" of my little bit of the world.  Occasionally, though, my eyes "normalize" and show me what is actually reflected back from that mirror.  And ya know what?  I'm surprised to see my mother looking at me.  Or sometimes an old woman who seems vaguely familiar.  Very strange optics at my house.

2)  Have you ever witnessed a change in routine at church that upset people?  (Hahahahaha!!!!  I know you have!) 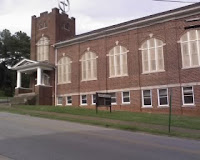 You are (hahahaha!!!!) kidding, right?  Every change upsets someone.  One "upsetting" change was when I removed the American flag from the sanctuary at my first church appointment out of seminary.  I didn't do it when I arrived, but waited years.  When I moved the flag to the church library (rarely used), it took three or four weeks before anyone noticed, but suddenly I was accused of failing to honor our brave World War Two soldiers (it was an elderly congregation).  In spite of my reasoned defense that a place of worship is NOT where we honor ourselves, in spite of my explanation that God and country are NOT the same thing, the flag eventually found its way back into the sanctuary, and I requested a new appointment.  If they weren't willing to accept new people and new ideas and ... dare I use the word? ... change, I wasn't willing to keep pounding my head against that brick wall.  Years later, the church died (I was able to attend their final service) because they could not, would not change.

3)  Have you ever been surprised or inconvenienced by a change in a public setting (not church)?

Oh, yeah!  How about all those orange-and-white barrels closing half the lanes because of construction?  They seem to be constantly moving from one of my regular routes to another, and they always pop up at the most inconvenient times, like when I'm already running late.

4)  Has the passage of time changed your understanding of something you used to think you knew for sure?


The more I've learned, the more I realize how little I know.

5)  Is there something you're trying to change, or want to change, in your life right now? 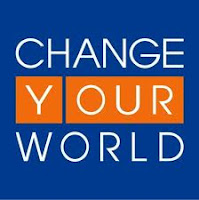 Changing the world has been a goal since my teens, but I know that's unrealistic.  So how about this?  Now I'd be happy to make the world a bit more compassionate.  I'm doing that in a small group — Jesus gathered a dozen, which seems like a good size to me — and my group tries to implement loving behaviors that make the world a better place for all of us.

My latest word for this is Ubuntu, which in the Xhosa culture means:  "I am because we are."  So I'll end with an Ubuntu story: 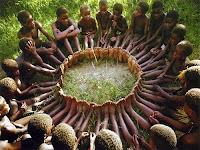 An anthropologist proposed a game to the kids in an African tribe.  He put a basket full of fruit near a tree and told the kids that who ever got there first won the sweet fruits.  When he told them to run they all took each others hands and ran together, then sat together enjoying their treats.  When he asked them why they had run like that as one could have had all the fruits for himself they said:  ''Ubuntu!  How can one of us be happy if all the other ones are sad?'

If you want to know more about Ubuntu, read this Wikipedia article, which also has a video of Nelson Mandela explaining the concept. 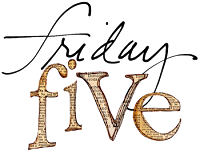 In the neighborhood of my church, a major paving project is not only inconveniencing everyone, but not even being well done! So I hear you on the barrels. Thanks for playing.

Paving problems seem to be all around us! I loved your description of looking in the mirror--and so identify with you! Love the word "ubuntu" thanks to Desmond Tutu.

What you see in the mirror is such an interesting concept. I, too, forget that I am aging and have extra weight