The demise of bookstores? 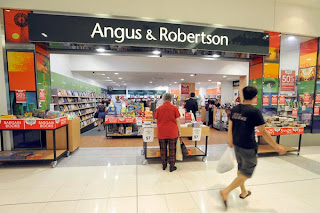 An Australian leader has predicted the end of bookstores, according to The Canberra Times:


Booksellers' jaws dropped today upon hearing that Minister for Small Business Nick Sherry had predicted that online shopping would wipe out general bookstores within five years. ... "I think in five years, other than a few specialist booksellers in capital cities we will not see a bookstore, they will cease to exist," Senator Sherry said today in Canberra.

That article was published Tuesday.  Joel Becker, chief executive of the Australian Booksellers Association, said, "I’m gobsmacked."  One more quote from the article:


The owners of Angus & Robertson and Borders in Australia ... collapsed in February ... blaming online competition as one reason for the failure.

I think he's wrong, but how sad most of us book lovers would be if there were no more bookstores to browse.  I don't want to do all my buying through online stores.  I like to pick up the books and flip through them.

Thanks to Chrisbookarama, where I found this link.  She has a more favorable link, as well, about a used bookstore success.
Posted by Bonnie Jacobs on 6/18/2011 06:18:00 AM

Don't they get it? Bookstores are more than being about the books. They're a social gathering place, a lifestyle, a destination on a Sunday noon. But you know? We're increasingly introverted and self-exiled with our gadgets. They may be right, we may be headed down this lonely road.