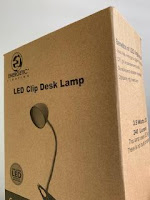 I bought an LED lamp to clip onto my headboard so that I could read in bed.  The weird words on the box show without a doubt that it was made in a country that does not speak English, though I have no idea which country.
Before you read my "translation" below, see if you can figure out what the words on the side and back of the box say.  The short paragraph on the side is bad enough, but what's on the back is totally ridiculous.
Words on the side of the box 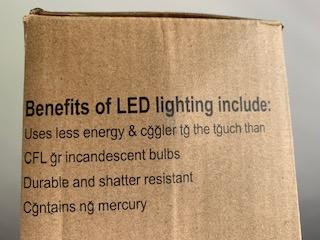 Words on the back of the box 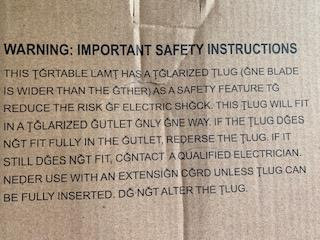 The key to figuring out what's what, for me, was that only ONE letter was strange on the side.  Notice the "G" has a funny mark over it.  That mark is called a "caron."  In English, "cggler" is not a word.  Neither are "tg" nor "tguch" nor "gr" — nor "Cgntains" nor "ng" at the bottom.
When I started trying to figure out what the "missing" letter should have been (in English), I could suddenly see it's the letter O.  Insert "o" into those weird words, and it makes sense:

"Uses less energy & cooler to the touch than CFL or incandescent bulbs. . . . Contains no mercury."

So I turned again to the back of the box and could almost read the whole thing, though two other letter were still wrong:

"This Tortable lamT has a Tolarized Tlug (one blade is wider than the other) as a safety feature to reduce the risk of electric shock.  This Tlug will fit in a Tolarized outlet only one way.  If the Tlug does not fit fully in the outlet, reDerse the Tlug.  If it still does not fit, contact a qualified electrician.  NeDer use with an extension cord unless Tlug can be fully inserted.  Do not alter the Tlug."

Can you see it now?  There are still two wrong letters — the capital T that hangs below the line and the capital D with a dot under it, but the rest wasn't that hard for me to figure out.  Replace the long T with a "p" and the capital D-dot with a "v" to get:
Wondrous Words 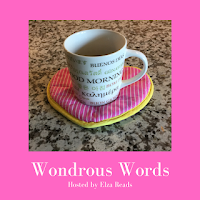 Deb Nance of Readerbuzz has written about how tricky it is to deal with British English words that sound weird to speakers of American English.  Her problem resonates with me.
While we're on the topic of words, think about gun-related words that we use daily.  Read this Patheos article about gun violence.  Words we choose matter. 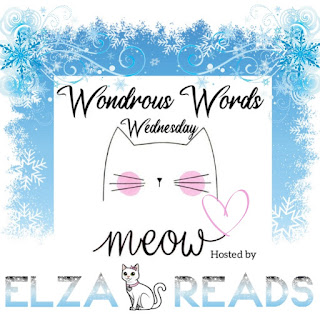 I remember when I first became a librarian having it pointed out to me that I had misspelled a student name because I'd left off an accent mark on a name that used some Spanish letters.

Wow, Deb! If our typewriters (back in my day) or computers don't have letters with those markings, how are we supposed to do it? I have no idea how to even ask Google to explain that long-tailed T-shaped letter.

Oh my gosh Bonnie! What an interesting post and I would never even have noticed that. Probably because I wouldn't have read the box....

I am going to go and check all the other boxes in our house to see if I come across something like that too.

How clever of you to figure it out.

Thanks so much for joining Wondrous Words Wednesday! I hope we will see you again!