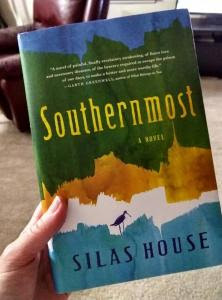 
I learned about this book from Irreverin on 7-27-18 and put it on reserve right then.  In the aftermath of a flood that washes away much of a small Tennessee town, evangelical preacher Asher Sharp offers shelter to two gay men.  In doing so, he starts to see his life anew — and risks losing everything:  his wife, locked into her religious prejudices; his congregation, which shuns Asher after he delivers a passionate sermon in defense of tolerance; and his young son, Justin, caught in the middle of what turns into a bitter custody battle.  With no way out but ahead, Asher takes Justin and flees to Key West, where he hopes to find his brother, Luke, whom he’d turned against years ago after Luke came out.  And it is there, at the southernmost point of the country, that Asher and Justin discover a new way of thinking about the world, and a new way of understanding love. 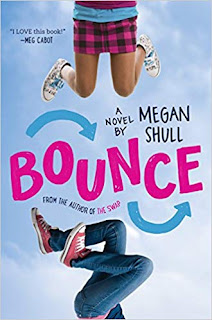 
Seventh grader Frannie Hudson wonders what it would be like to trade in her family for a new one.  Her big brother ignores her. Her mean older sister can’t stand her.  And her parents have just announced they’re going on a last-minute vacation — without her.  When Frannie makes one desperate, crazy wish — BOOM! — she magically bounces into a whole new life, with a totally different family.  And.  It.  Is.  Amazing!  There’s only one catch:  waking up as someone else keeps happening.  Plunged into lives and adventures she’s only imagined — from being a pop star to meeting one super-cute boy — Frannie finds courage in the unforgettable friends and families she meets along the way.  But as her new life spins out of control, Frannie begins to worry if she’ll ever get back home.  Basically, this is a story about a girl who relives the same day over and over again — each time as someone new. 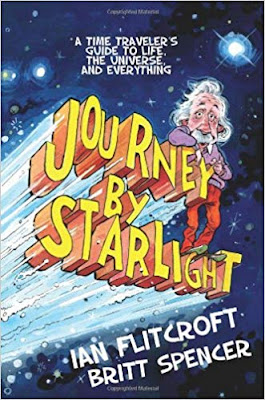 Journey by Starlight: A Time Traveler's Guide to Life, the Universe, and Everything ~ by Ian Flitcroft, illustrated by Britt Spencer, 2013, science fiction


Albert Einstein said his first ideas about relativity came from looking in the mirror as a teenager and wondering what it would be like to travel on a beam of light.  This is the story of that journey.  We follow an imaginary recreation of Albert Einstein and his traveling companion through space and time as they travel on a beam of light from a star over 3,000 light years away to Earth.  Along the way, Einstein explains the science behind everything from the origins of the universe to the meaning of life, relativity, black holes, quantum mechanics (for beginners), climate change, evolution vs. intelligent design, and how the brain works, all delivered in fun, easy-to-understand, bite-sized chunks.  Based on the popular blog of the same name, Journey by Starlight has been given the graphic novel treatment, pairing the narrative with fantastic, whimsical artwork to assist in simplifying what can be difficult-to-understand ideas.

Take a look at the Journey by Starlight blog, and click on one of the 52 posts on the left sidebar.  Having just now discovered this blog, I'm ready to read those posts as well as this graphic novel.  So I added it to MY sidebar, under "Blogs I read."  It's way down at the bottom, since nothing new has been posted for ten years.

These sounds like good choices, especially the first two. And they are all so different, it's a nice variety of reading.