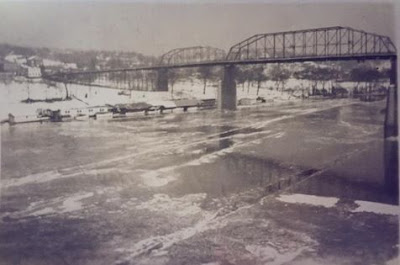 The Tennessee river was frozen over in Chattanooga on January 27, 1940, when Earl Dowlen took this picture.  He wrote the date on the back, saying also that it had snowed 8-1/2 inches.  That's the Walnut Street Bridge, the first non-military bridge in Chattanooga.  Finding this on "Chattanooga has History," a Facebook group, made me think of my own history.

When I was the pastor there, my office was in the addition, which had my office, classrooms, and a fellowship hall downstairs.  Below are two photos of the church I also found on "Chattanooga has History," a Facebook group. 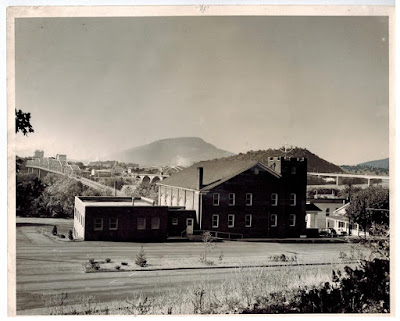 This one was labeled "mid-20th century."  The Olgiati Bridge, built in 1959, is already there.  I don't see cars on the Walnut Street Bridge, but that doesn't mean it was already closed.  Here's the other photo of the church found on Facebook: 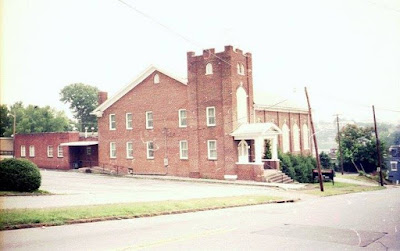 Both of these show the new addition on the left. 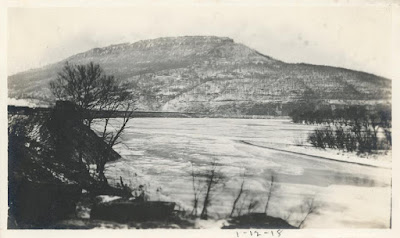 This photo shows when the river froze on January 12, 1918.  That's a hundred years ago.  I don't remember ever being told the river had frozen over.  And now I've found two photos of it frozen in Chattanooga.  Both of these occasions were before I was born.
Posted by Bonnie Jacobs on 3/22/2018 12:01:00 AM
Labels: Throwback Thursday