Behaving ~ How should I act? 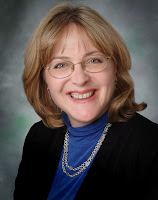 In her book Christianity After Religion (2012), Diana Butler Bass talks about belief, behavior, and belonging as "three intertwined strands of religious faith" (page 47), each asking a basic question.


Believing:  What do I think?
Behaving:  How should I act?
Belonging:  Who am I?

I recently shared some of what she said about believing, and today I want to quote from her chapter on behaving.


Although Western Christianity would eventually be defined as a belief system about God, throughout its first five centuries people understood it primarily as spiritual practices that offered a meaningful way of life in this world — not as a neat set of doctrines, an esoteric belief, or the promise of heaven.  By practicing Jesus's teachings, followers of the way discovered that their lives were made better on a practical spiritual path.  Indeed, early Christianity was not called "Christianity" at all.  Rather, it was called "the Way," and its followers were called "the People of the Way."  Members of the community were not held accountable for their opinions about God or Jesus; rather, the community measured faithfulness by how well its members practiced loving God and neighbor.  Not offering hospitality was a much greater failure than not believing that Jesus was "truly God and truly human."  Early Christians judged ethical failings as the most serious breach of community, even as they accepted a significant amount of theological diversity in their midst.  (p. 149)

Her mother taught Diana the Golden Rule, when she was a young child:  "Do unto others as you would have them do unto you."  Even more, her mother taught by example, as in this story. 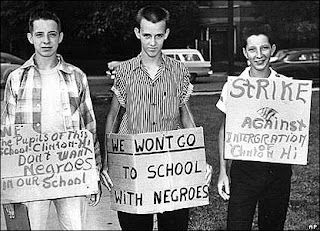 Later, she shared with me the story of the day her high school was desegrated in 1956.  Appalled by the court ruling opening white schools to African-American students, her friends arranged a student strike, refusing to attend school on the first day of integration.  They invited her to join in.  My mother, however, felt torn between her friends and what she knew to be right.  She always believed that racial prejudice was wrong.  Defying her friends, she went to school.  And she decided to meet the bus and greet her new classmates.

She replied, "Well, I realized that if I were a stranger at a new school, I'd want someone to be at the bus to welcome me."

From that day on, "do unto others" was more than mother's moralism.  It was a heroic act of hospitality, one that echoed Jesus's own words, "I was a stranger and you welcomed me" (Matt. 25:35), and an action that I seek to imitate in my own life.

Most significant human learning happens through imitation, whether by story or observation.  (p. 156).

To be the best humans we possibly can be, we can intentionally choose to imitate Jesus and others on the path, or the Way.  Jesus said, "Go and do likewise" (Luke 10:37).

Diana's mother's example of practicing the Golden Rule was beautiful. I've added the book to my books to be read list.

I was very moved reading her account of her mother's brave and kind action, Bonnie. That one action surely meant more than a hundred self-righteous proclamations. Thank you for sharing that.