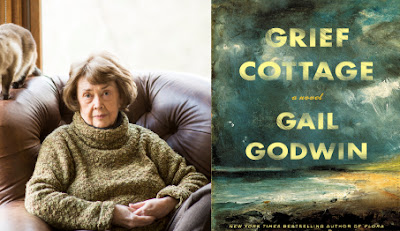 Here's a brand-new novel I put on reserve at the library, since I've been reading all nonfiction lately:

After his mother's death, eleven-year-old Marcus is sent to live on a small South Carolina island with his great aunt, a reclusive painter with a haunted past.  Aunt Charlotte, otherwise a woman of few words, points out a ruined cottage, telling Marcus she had visited it regularly after she'd moved there thirty years ago because it matched the ruin of her own life.  Eventually she was inspired to take up painting so she could capture its utter desolation.  The islanders call it "Grief Cottage," because a boy and his parents disappeared from it during a hurricane fifty years before.  Their bodies were never found and the cottage has stood empty ever since.  During his lonely hours while Aunt Charlotte is in her studio painting and keeping her demons at bay, Marcus visits the cottage daily, building up his courage by coming ever closer, even after the ghost of the boy who died seems to reveal himself.  Full of curiosity and open to the unfamiliar and uncanny given the recent upending of his life, he courts the ghost boy, never certain whether the ghost is friendly or follows some sinister agenda.

Here's my library loot for this past week:
Here's what I'm in the middle of reading with my study buddies:
Unbooked 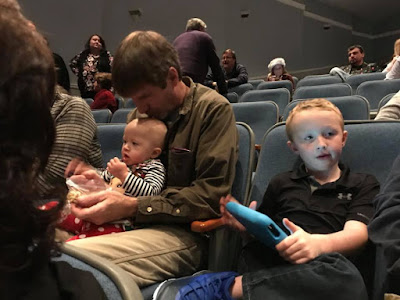 What's going on in my life outside of books?  I swiped a photo off Facebook of my son holding his youngest grandchild before her sister's dance recital.  Baby Shiloh's hand is blurred, but I think David is digging Cheerios out of a baggie for her.  That's big brother Jaxon sitting beside his grandpa.  So you want to see the little ballerina, right? 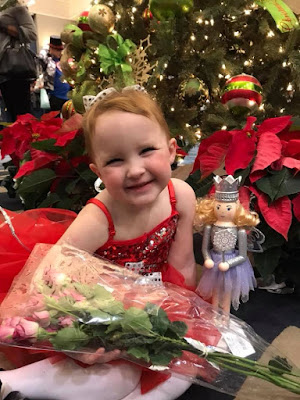 Here's Shelby after the dance performance.
She'll be four years old on Wednesday.

Bloggers gather in the Sunday Salon — at separate computers in different time zones — to talk about our lives and our reading.
Posted by Bonnie Jacobs on 12/10/2017 04:30:00 PM
Labels: David, Jaxon, library loot, salon, Shelby, Shiloh

Sweet little ballerina! I look forward to hearing what you think of the Grief Cottage.

Your children are adorable Bonnie ... but your son looks like a teenager to me ... how can they possibly be grandchildren? Of course I can't see his face ! So glad to be back in contact with you !