Get Poi? ~ by Lowell Uda 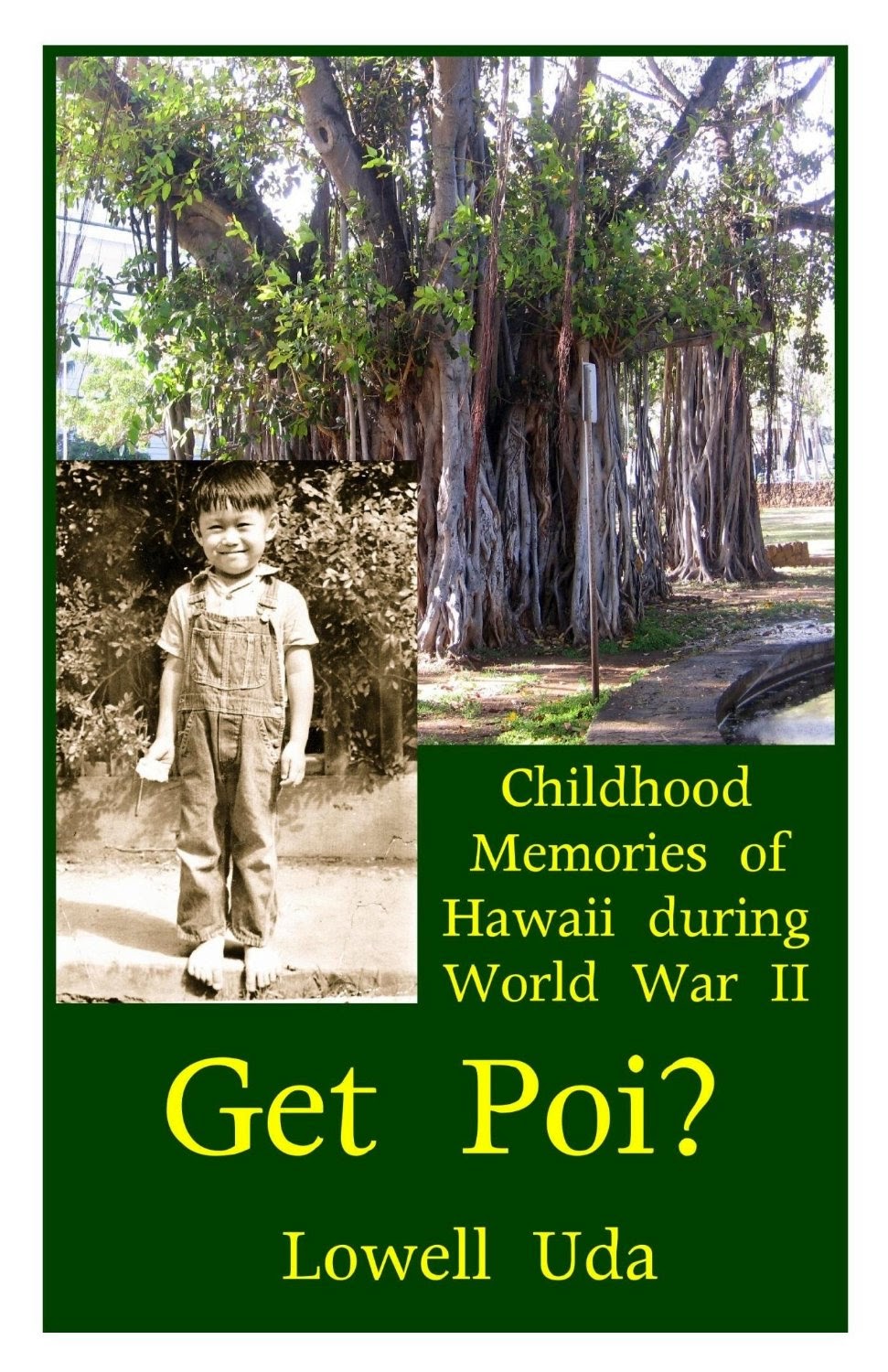 
Get Poi? is creative nonfiction in which I remember and recreate my experiences as a child in wartime Honolulu.  I wanted to touch, see, hear, smell, and taste the world that shaped my growing up and acquiring of language.  It was a world of growing ethnic diversity, a polyglot culture in which the ability to speak Standard English was a touchstone of one's trustworthiness and loyalty to the United States of America, and in which my second generation Japanese-American parents did their best to raise me and my increasing number of siblings to become the human beings we would need to be.  The task of Americanizing us was complicated and enriched by my mother who was entrusted as an infant to a native Hawaiian family.  This family received her as one of their own and taught her not only the Hawaiian language but also the Hawaiian way of relating to the world.  She also became a Mormon, seeing in the religion of the Latter-day Saints something uniquely American that might insulate her children from unwanted influences.  It was my father who kept our connection with the Japanese-American culture alive.

I'm getting to know the author as I visit with him in rehab, so it's very interesting to read what he says about his life in this memoir.  Later, I hope to read some of the books written by his wife, who is becoming a friend here in St. Louis.  Both Lowell and Joan are retired United Methodist ministers, as I am.
Posted by Bonnie Jacobs on 10/20/2014 11:10:00 AM
Labels: Joan