Beginning ~ with a television news crew

Hotel on the Corner of Bitter and Sweet ~ by Jamie Ford, 2009, fiction (Seattle, Washington)


"Old Henry Lee stood transfixed by all the commotion at the Panama Hotel.  What had started as a crowd of curious onlookers eyeballing a television news crew had now swollen into a polite mob of shoppers, tourists, and a few punk-loooking street kids, all wondering what the big deal was.  In the middle of the crowd stood Henry, shopping bags hanging at his side.  He felt as if he were waking from a long forgotten dream.  A dream he'd once had as a little boy."

My friend Joan, who is married to a man of Japanese descent, handed me her copy of this novel.  Here's the story:


Henry Lee comes upon a crowd gathered outside the Panama Hotel, once the gateway to Seattle’s Japantown.  It has been boarded up for decades, but now the new owner has made an incredible discovery:  the belongings of Japanese families, left when they were rounded up and sent to internment camps during World War II.  As Henry looks on, the owner opens a Japanese parasol.  This simple act takes old Henry Lee back to the 1940s, at the height of the war, when young Henry’s world is a jumble of confusion and excitement, and to his father, who is obsessed with the war in China and having Henry grow up American.  While “scholarshipping” at the exclusive Rainier Elementary, where the white kids ignore him, Henry meets Keiko Okabe, a young Japanese American student.  Amid the chaos of blackouts, curfews, and FBI raids, Henry and Keiko forge a bond of friendship — and innocent love — that transcends the long-standing prejudices of their Old World ancestors. 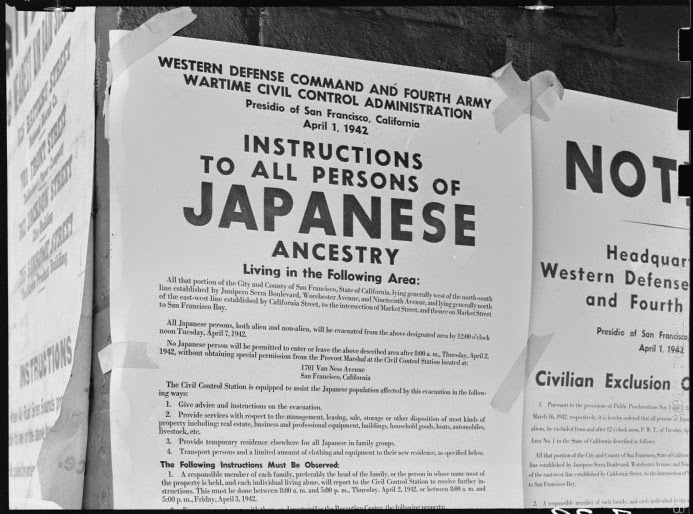 After Keiko and her family are swept up in the evacuations to the internment camps, she and Henry are left with only the hope that the war will end, and that their promise to each other will be kept.  Forty years later, Henry Lee is certain that the parasol belonged to Keiko.  In the hotel’s dark dusty basement he begins looking for signs of the Okabe family’s belongings and for a long-lost object whose value he cannot begin to measure.  Now a widower, Henry is still trying to find his voice — words that might explain the actions of his nationalistic father; words that might bridge the gap between him and his modern, Chinese American son; words that might help him confront the choices he made many years ago.

I absolutely loved this book, and I agree with you about "old." No way is 56 old!
My Friday post features Miss Julia Speaks Her Mind.

I love the description 'polite mob', it's beautiful and very recognizable! Mobs can be chaotic while being calm. This sounds like a really interesting book because the history of American Japanese is fascinating! And although I'm 21 I wouldn't call 56 old either! Thanks for sharing :) hope you have a great weekend!
My Friday post
Juli @ Universe in Words

I loved this book and just finished his new one as well. Also, excellent.

The introduction is so vivid and alluring; I am curious to find out what happens next! Thanks for sharing this one and have a wonderful weekend :)

Since I just turned 48 yesterday, I have to agree that 56 is in no way old!

I LOVED this book.

His new one was good, but not as good as this book.

Interesting opening. Thanks for sharing! :)

I enjoyed this book and heard the author speak about it. Very well-done. My Friday Quotes

I really enjoyed this book. Hope you like it, too!