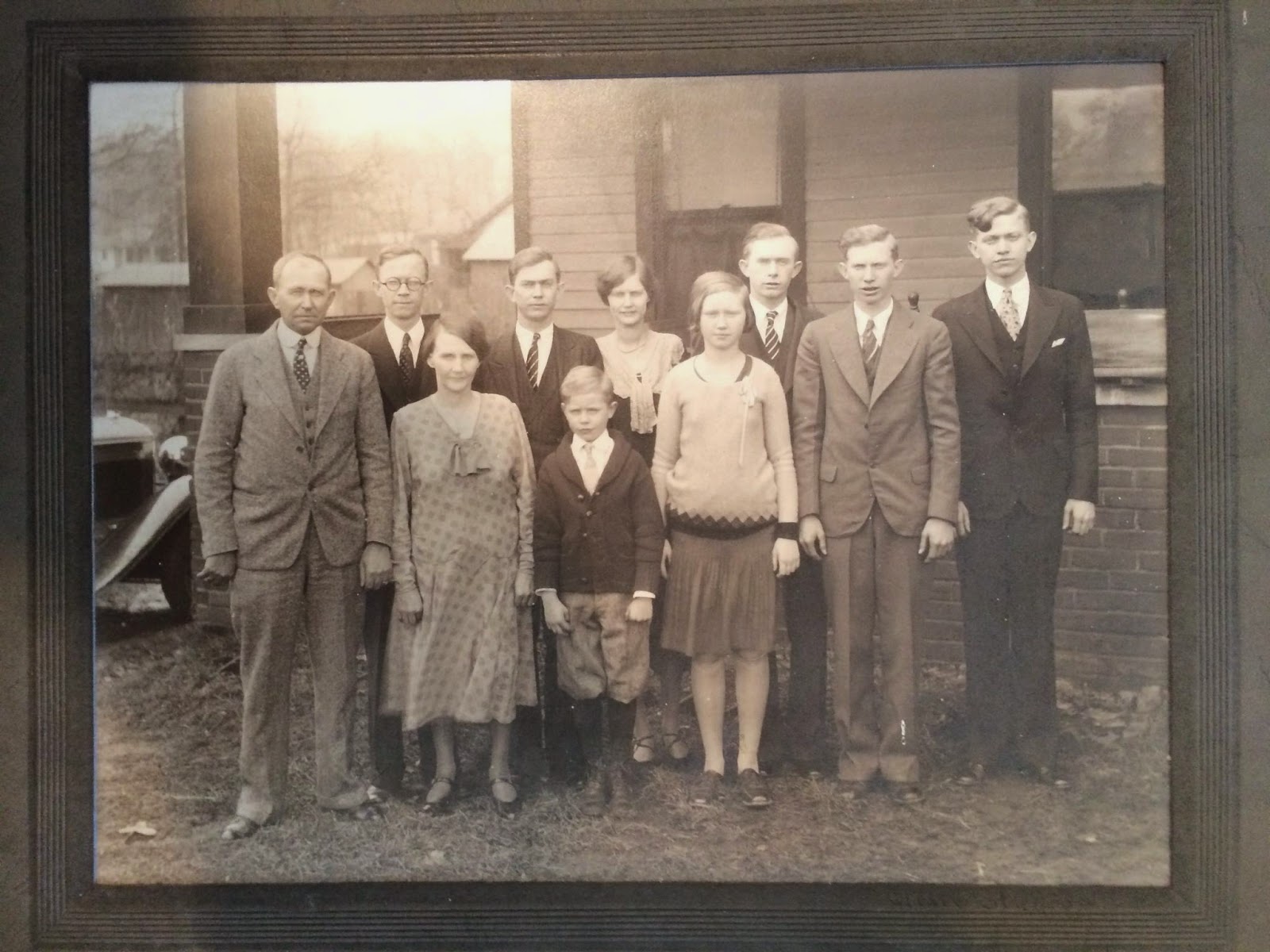 
"My mother had got one girl out of seven tries at it.  I guess I wasn't exactly what she'd had in mind, a dainty daughter to help her bail against the rising tide of the rough-and-tumble boyish energy that always threatened to engulf the house.  It hadn't occured to me that she'd been hoping for an ally and then didn't get one" (p. 192).

While I was reading this book, my brother Jim emailed family photos, including the one above of my mother and her family.  Mother is the girl on the front row.  She can't be over twelve years old, because that's how old she was when her father was killed in an auto accident.  Like the girl in the book, my mother had six brothers, but there was another sister.  I was named for Bonnie, who was thirteen years older than Mildred, my mother.  Let's see if I can name everyone in her birth family, starting with my grandfather and the back row and going by age:  Monroe (the father), Chandler, Paul, Bonnie, Howard, Mark (on the end and moving left), Wylee, Mildred, Allen, and Inez (the mother).  Someone guessed maybe 1928, but I think my mother looks closer to twelve than ten, so I'll guess 1930, before my grandfather died.

Reading the book made me more aware of how my mother may have experienced having six brothers, though she did have an older sister and some of the older boys had already left home by the time she was born.  Chandler, for instance, had children almost as old as their Aunt Mildred.  Not only did Calpurnia Virginia Tate (known to family as Callie Vee) have six brothers like my mother, her birthday was also in October (p. 235).  Read more of my thoughts about the book by clicking on the blue link.  I rate the book 9 of 10, an excellent book. 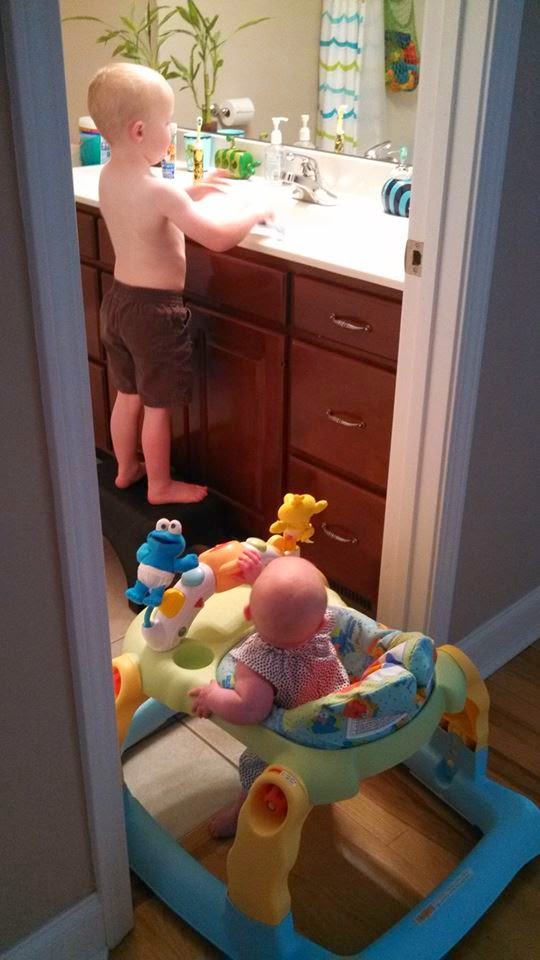 Three-year-old Jaxon is such a great brother.  While his mother is, as she says, "running around getting everything ready to go," Jaxon pushes Shelby around with him and talks to her.  If she starts fussing, he says, "Hold on, Shelby, I'm almost done."

Bloggers gather in the Sunday Salon — at separate computers in different time zones — to talk about our lives and our reading.
Posted by Bonnie Jacobs on 4/27/2014 12:02:00 AM
Labels: Bonnie, Jaxon, Mildred, salon, Shelby

You definitely made a connection to this book!