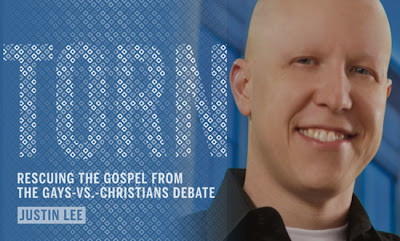 Torn: Rescuing the Gospel from the Gays-vs.-Christians Debate ~ by Justin Lee, 2012, memoir


Provided by the publisher:  "A loving and biblically-based response to the controversy that pits the church against the LGBT community and that divides Christians from each other."  Synopsis:  As a teenager and young man, Justin Lee felt deeply torn.  Nicknamed "God Boy" by his peers, he knew that he was called to a life in the evangelical Christian ministry.  But Lee harbored a secret:  He also knew that he was gay.  In this groundbreaking book, Lee recalls the events — his coming out to his parents, his experiences with the "ex-gay" movement, and his in-depth study of the Bible — that led him, eventually, to self-acceptance.  But more than just a memoir, TORN provides insightful, practical guidance for all committed Christians who wonder how to relate to gay friends or family members — or who struggle with their own sexuality.  Convinced that "in a culture that sees gays and Christians as enemies, gay Christians are in a unique position to bring peace," Lee demonstrates that people of faith on both sides of the debate can respect, learn from, and love one another.

Only one new book from the library this week, since I still haven't finished reading three books from last week.  I got this one because Rachel Held Evans is hosting a three-week discussion of this book.  I've already found a memorable line from a mother who had just learned her son was gay (p. 2):


"Whatever mistakes her son might make in life, Cindy was sure God would have mercy on him.  The church, she feared, might not."

That is so sad.  In a 2007 study of 16-to-29-year-olds, 91 percent of the nonchristians chose the term "antihomosexual" to describe present-day Christianity.

(NOTE:  I'm typing this post with both hands, which is okay — I have permission from my physical therapist — since I don't have to move my healing shoulder.  My fingers are a bit "creaky" from lack of practice for these "six weeks post-injury" as of tomorrow, as the orthopedic surgeon puts it.  But my weak right-hand fingers are doing their share of the work.  Hurray!) 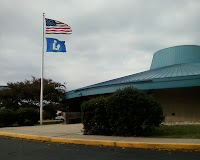 Library Loot is a weekly event co-hosted by Claire @ The Captive Reader and Marg @ The Adventures of an Intrepid Reader that encourages us to share titles of books we’ve checked out of the library.  Add your link any time during the week, and see what others got this week.
Posted by Bonnie Jacobs on 1/16/2013 03:30:00 PM
Labels: library loot

This sounds really interesting, Bonnie, though probably quite sad and upsetting too. I am sure it will make for a very thoughtful discussion.

I am so happy for you that you can type with both hands! Progress!

Obviously, I haven't been here in a while! I totally missed out on the fact that you fell and hurt yourself, so I've just dashed over to read about that. Ohmygosh, I love the pics! I think it's hilarious that you took the time to snap photos of the EMT and the ER!!! I would have done the same if I had a camera on me (I don't own a smart phone). I'm glad you're doing better. Hope you'll be totally healed, soon, Bonnie!!!

I'm so glad to hear you've got use of both hands now, Bonnie---what wonderful news!