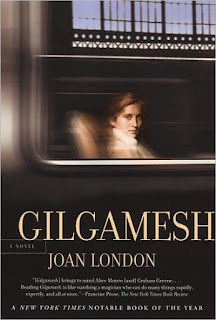 
It is 1937.  The modern world, they say, is waiting to erupt.  On a tiny farm in far southwestern Australia, seventeen-year-old Edith lives with her mother and sister, Frances.  One afternoon two men, her English cousin Leopold and his Armenian friend Aram, arrive — taking the long way home from an archaeological dig in Iraq.  Edith is captivated by the tales they tell of strange peoples, magical journeys, and a world far beyond the narrow horizon of her small town of Nunderup.  One such story is the epic of Gilgamesh, the ancient Mesopotamian king who adventured throughout the world with his friend, the wild man Enkidu, in search of the secret of eternal life.  Two years later, in 1939, Edith and her young son, Jim, set off on a journey of their own, to Soviet Armenia, where they are trapped by the outbreak of war. 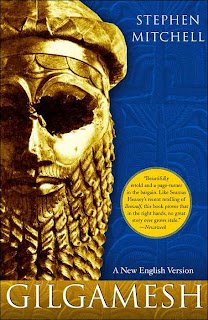 
Written a thousand years before Homer's Iliad, this powerful epic was lost for nearly 2000 years until it was found on clay tablets in the ruins of Nineva.  Gilgamesh is considered one of the masterpieces of world literature.  Stephen Mitchell's version allows us to enter an ancient masterpiece as if for the first time, to see how startlingly beautiful, intelligent, and alive it is.

The hero is 16 feet tall.  He is the king of Uruk, in the Iraq of about 2750 BCE, and he is a despot, running afoul of even the gods.  The man who is his soul mate, lover, and spouse is Enkidu, who was once wild and naked but was tamed by the erotic ministrations of a temple priestess.  When their preemptive strike on a monster of evil results in the death of Enkidu, Gilgamesh's desperate mourning and search for a way to avoid a similar fate leads him to understand, at the end of the world, that the best way to find wisdom is not to look for it. 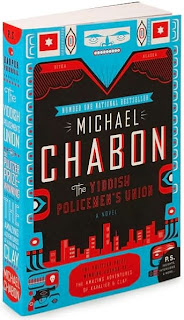 
For sixty years Jewish refugees and their descendants have prospered in the Federal District of Sitka, a "temporary" safe haven created in the wake of the Holocaust and the shocking 1948 collapse of the fledgling state of Israel. The Jews of the Sitka District have created their own little world in the Alaskan panhandle, a vibrant and complex frontier city that moves to the music of Yiddish. But now the District is set to revert to Alaskan control, and their dream is coming to an end. Homicide detective Meyer Landsman of the District Police has enough problems without worrying about the upcoming Reversion. His life is a shambles, his marriage a wreck, his career a disaster. And in the cheap hotel where Landsman has washed up, someone has just committed a murder — right under his nose. When he begins to investigate the killing of his neighbor, a former chess prodigy, word comes down from on high that the case is to be dropped immediately, and Landsman finds himself contending with all the powerful forces of faith, obsession, evil, and salvation that are his heritage. 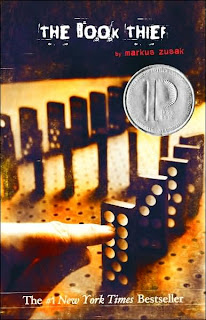 
It’s just a small story really, about among other things:  a girl, some words, an accordionist, some fanatical Germans, a Jewish fist-fighter, and quite a lot of thievery. ... Set during World War II in Germany, this is the story of Liesel Meminger, a foster girl living outside of Munich.  Liesel scratches out a meager existence for herself by stealing when she encounters something she can’t resist – books.  With the help of her accordion-playing foster father, she learns to read and shares her stolen books with her neighbors during bombing raids as well as with the Jewish man hidden in her basement before he is marched to Dachau.   This is an unforgettable story about the ability of books to feed the soul. 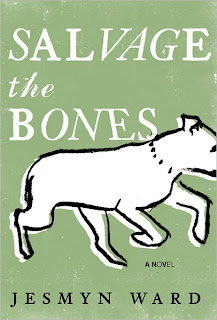 
Winner of the 2011 National Book Award.  A hurricane is building over the Gulf of Mexico, threatening the coastal town of Bois Sauvage, Mississippi, and Esch's father is growing concerned.  A hard drinker, largely absent, he doesn't show concern for much else.  Esch and her three brothers are stocking food, but there isn't much to save.  Lately, Esch can't keep down what food she gets; she's fourteen and pregnant.  Her brother Skeetah is sneaking scraps for his prized pitbull's new litter, dying one by one in the dirt.  Meanwhile, brothers Randall and Junior try to stake their claim in a family long on child's play and short on parenting.  As the twelve days that make up the novel's framework yield to their dramatic conclusion, this unforgettable family — motherless children sacrificing for one another as they can, protecting and nurturing where love is scarce — pulls itself up to face another day.  A wrenching look at the lonesome, brutal, and restrictive realities of rural poverty. 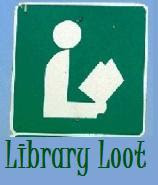 Library Loot is a weekly meme co-hosted by Claire from The Captive Reader and Marg from The Adventures of an Intrepid Reader that encourages bloggers to share the books they’ve checked out from the library.  Claire has the Mister Linky this week, if you'd like to share the loot you brought home.  You may submit your link any time during the week.
Posted by Bonnie Jacobs on 1/04/2012 01:04:00 AM
Labels: library loot

Joan London's Gilgamesh sounds like my kind of read.

I loved The Book Thief. Enjoy!!

So many promising titles this week! I remember reading Joan London's Gilgamesh shortly after it came out and being quite eager then to try the epic itself (except I never did). I've also heard wonderful things about The Yiddish Policemen's Unions. Enjoy your loot!